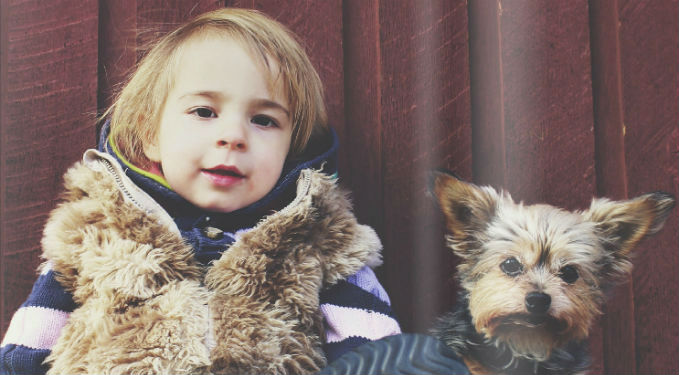 Our Pets are Family

Modern families include their pets on holiday cards, refer to them as Furkids; few make a distinction between their human children and pet children. According to a 2011 Harris poll, 90 percent of pet owners consider their pet a member of the family.

On any given day, you can scroll through Facebook and see images of cats and dogs being shared by their owners. People upload videos of the funny things that their Furkids do. Some pets even become famous like the cat Lil Bub and Marnie the Dog.

Recently, my sister messaged me a YouTube video that has been watched nearly three million times. The video titled Funny Dog snitches on . Who stole the cookie? was recorded by the mommy of two black labs.

She lectures them and tells them that she knows it will be very hard to snitch on their sibling, but she wants to know who stole the cookie off the counter. I’m not going to tell you how it ends, but it is a great example of how we’ve started treating our pets like our children.

Celebrating our pets and treating them like family is nothing new; it is just more widespread.

For more than 80 years, the town of Silverton has celebrated one of its most treasured residents with the Kiwanis Pet Parade. Located at the edge of the foothills of the Cascades and forty miles south of Portland, the town of Silverton, Oregon over the decades has been home to notable personalities like movie star Clark Gable and cartoonist Homer Davenport, and is home to the only house in the Pacific Northwest designed by Frank Lloyd Wright, Gordon House. However, a Scotch Collie mix named Bobbie born in 1921 might be most championed and celebrated .

When Bobbie was two in 1923, he and his family, Frank and Elizabeth Brazier, set out for vacation in Walcott, Indiana. Bobbie sat atop the Brazier’s pile of luggage in the back seat of their Overland Red Bird touring car all the way to Indiana. On August 15, Frank was gassing up the car when a pack of local dogs attacked Bobbie. Frank watched as Bobbie ran for his life from the dogs.

The Braziers searched the town, advertised in the local paper, and drove around looking for their Bobbie. After the exhaustive search, the Brazier’s had no choice, but to return home to Oregon. They left instructions to send him home by rail car at their expense if he reappeared.

Six months later, Nove Baumgarten, Elizabeth’s daughter from a previous marriage, was walking through Silverton when she stopped and grabbed her friend’s arm. Bobbie was before though he was skinny, dirty, and weak. His legs and paws badly damaged during his nearly journey across rivers, plains, desert, and mountains of the United States in the dead of winter.

The story of Bobbie swept out of the Braziers local cafe, past the sawmill and across the country. Within a week, Bobbie’s story made national headlines and people started writing about meeting “Bobbie the Wonder Dog” on his hike home. Enough people had written that the Humane Society of Portland was able to piece together a nearly accurate account of Bobbie’s route.

Bobbie wandered around Wolcott in various directions seeking the scent of his family. It took some time, however, one day he headed towards the West Coast. The Braziers left their car in service stations each night on their way home. Bobbie followed their scent all the way to Portland, Oregon where he was nursed by a local woman. Two weeks later, he arrived on the streets of Silverton and in front of Nove.

As stories of his journey continued to grow, he received many awards and gifts including the key to the city of Silverton and the Humane Society awarded him a medal and miniature bungalow doghouse. During one public event in Portland, Oregon, Bobbie the Wonder Dog attracted 40,000 spectators.

He passed away in 1927 and was buried with honors at the Oregon Humane Society’s pet cemetery in Portland. A week after his burial, Rin Tin Tin, the movie star German Shepherd laid a wreath on his grave.

His legacy continues to be honored with the Silverton Kiwanis Pet Parade which includes competitions like “Best Bobbie Dog Look Alike,” Facebook pages, and several books about his journey.

A friend of mine is a Lil Bub superfan. In June, she was first in line to see Lil Bub with Jack McBrayer at Animal Planet’s CatCon. Then a few weeks later, she was security for Lil Bub at another event. She’s currently planning a cross-country trip to Bloomington, Indiana, Lil Bub’s hometown, for an album signing in November.

If you haven’t heard of Lil Bub, she first rose to fame on Tumblr in 2011. She was born with several genetic mutations to a feral mother in a rural Indiana tool shed. The runt of the litter was taken to a rescue when it was realized she would require special care. Mike Bridavsky adopted her and named her Lil Bub because when he first picked her up he said, “Hey Bub!”

Her genetic anomalies make her a “perma-kitten” which along with her extreme case of dwarfism means that she will remain small her entire life and her limbs are disproportionately smaller. This condition also means that she has difficulty moving around and needs to be placed and removed from large furniture like beds and couches.

Lil Bub is most famous for her tongue that always hangs out of her mouth. Her lower jaw is shorter than her upper jaw and she never grew teeth. Her internet popularity led to a documentary by Andy Capper and Juliette Eisner called Lil Bub & which won Best Feature Film at the 2013 Tribeca Online Festival. The film follows Lil Bub and her Dude, Mike, as they visit other “cat-” and attend the first Internet Cat Video Film Festival in Minneapolis, Minnesota.

During the filming of the documentary, it was also discovered that Lil Bub was born with osteoporosis, a bone disease which would thicken her bones as she aged making it even more difficult for her to move around. Upon hearing the news, fans and specialists wrote in with their advice. The use of a recommended device called the Assisi Loop, a pulsed electromagnetic field therapy, has been extremely effective. Two years into the treatment, Lil Bub has been recorded running and jumping.

Lil Bub has overcome many physical challenges to become a published author; television host; movie star; an official spokecat for Animal Planet; supporter of ASPCA, where she stars in commercials to encourage the neutering of pets; and raised over $300,000 for national grants to animal shelters that provide for special need animals through her Lil Bub’s Big FUND in partnership with ASPCA.

The Shinto Shrine in Kalihi, Hawaii near Honolulu, holds an annual pet blessing ceremony called or “Ring of Renewal for People and Pets.”

A chinowa is a large ring-shaped object made of cogon grass that is placed vertically on the path leading into a Shinto temple. Worshippers pass through the chinowa to purify themselves from bad luck and bad acts. This rite is known as chinowa kuguri.

Every year, the shrine invites people to bring their four-legged family members for as a way to show appreciation for the loyalty and unconditional love the FurKids bestow upon the family. The ceremony celebrates the pets as spiritual creatures and connects the family on a deeper level.

Some people bring stray animals to the ceremony to rid them of their negativity and provide them with hope and blessings of finding a family.

"Animals are such agreeable friends ― they ask no questions, they pass no criticisms," George Eliot, Victorian era novelist, poet, and journalist.

Candace Mattingly studied English literature and interpersonal communications at UNC. She lives with her husband, twin toddlers, and their dog in North Carolina.