Custody Issues At The Airport 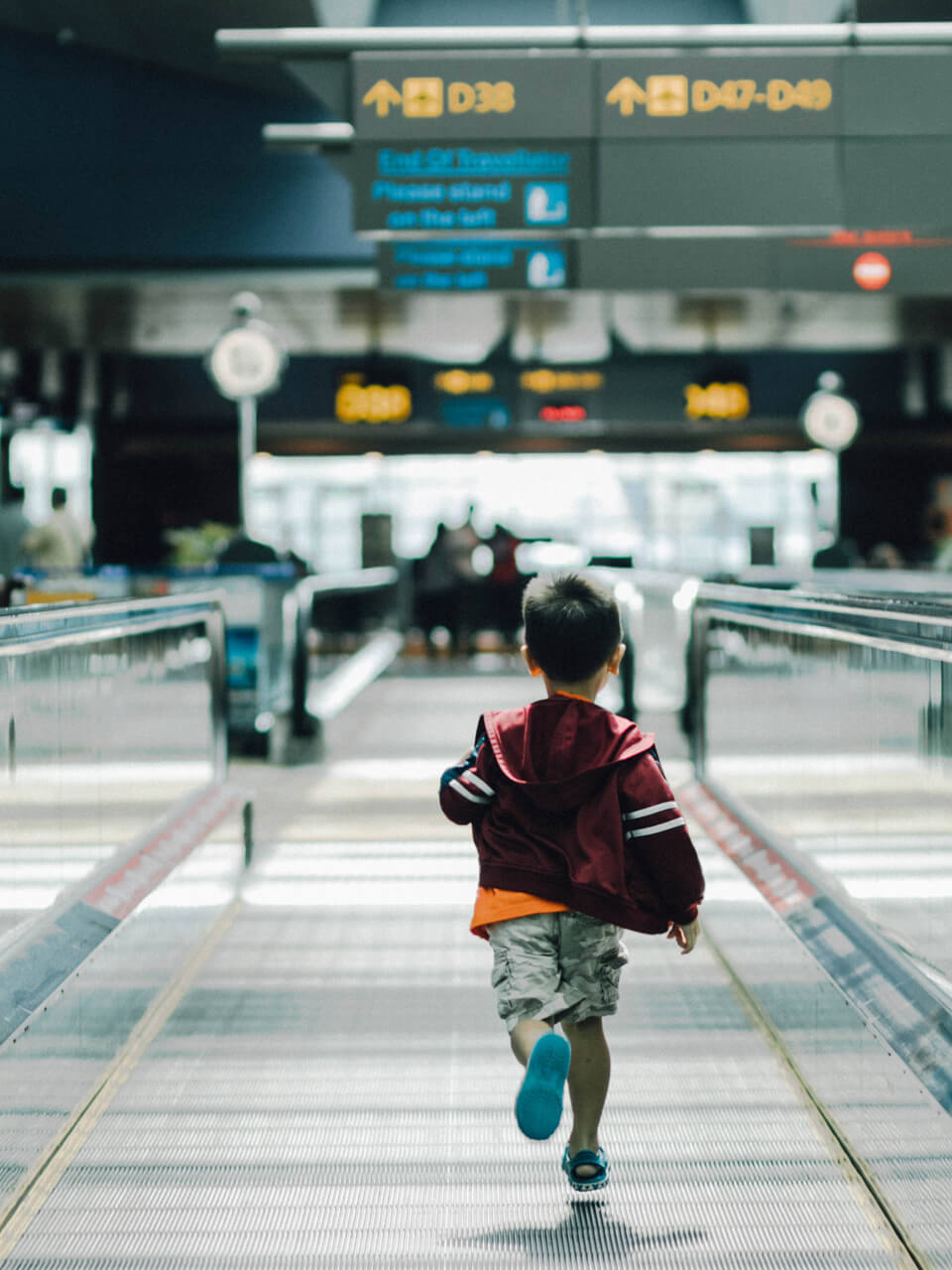 It isn’t every day that you hear a story like this one. It’s even rarer that there is such a happy ending after going through the ordeal that this woman did. Obviously, we always want things to work out for the best for all parties involved, but when children are thrown into the equation, they take priority. This is exactly what happened earlier this year between a woman, her child, her ex, and an incredible cast of characters that worked to get the little one back home where he belonged.

When mom and dad first separated, there was no formal agreement in regard to the child. It was kept very causal, as neither party seemed to hold any particular animosity toward the other.

Although there wasn’t a legal custody order in place, the arrangement seemed to work for both parents and the child. The child’s father would give mom a call and ask to see him, and she would drop him off for a couple of hours so they could spend time together and bond. All in all, it seemed to be a great system and it worked for everyone involved. Unfortunately, without an Order in place, the tides quickly turned.

In June, Mom received a phone call like she had received so many times in the past. The child’s father asked to see his son and she obliged. She dropped him off just like she had dozens of times before and said she would be back in a few hours to pick him back up. She left, ran a few errands that she needed to run, took a couple of deep breaths, and returned to pick her son up as scheduled.

Immediately she knew that something wasn’t right. The house was too quiet to contain a two-year-old and everything had an air of abandonment. Sure enough, as she approached, she had to face a mother’s worst fear: her child was gone without a trace. The house had been cleared out and there were no clues as to where anyone had gone. She had dropped off her son with the understandable expectation that nothing would be different this time than it ever had been and returned to find her whole world turned upside down in the form of an empty house.

Obviously she knew she had to do something. She called an attorney and they worked together to get an emergency custody motion filed. The emergency order requested was granted and this Order gave her the legal right to be the sole caregiver for the child, which is what had transpired over the past two and a half years. This Order would be in place until they were able to go to court and get a more permanent Order from the Court. The issue with executing this Order was that the father kept avoiding the court dates and was unable to be served. Multiple avenues were attempted and exhausted to get the papers served to him, including private investigators, the mail service, and the police, but nothing was able to hold. It got to the point that there was no other option: a warrant had to be issued.

Due to the non-compliance of the father in this situation, a warrant for the child’s pickup was the only possible solution. This is what happens when a judge sees that there is an order in place in regards to custody and one party is not cooperating, so the law has to step in. They attempted to find him at any of the addresses listed with no avail, if he was seen in a public location he would leave before either the mother or the police could get there, and no one seemed to be able to find him or approach him due to private property laws. Everything seemed stacked against this woman finding her child again, and understandably she was starting to feel desperate.

The mother certainly wasn’t idle during all of this. She was consistently posting her child’s image to social media for missing children and other “mom groups” in the area. After all, she reasoned, hundreds if not thousands of eyes are better than two. She was right. In September, she received a message from a TSA agent on Facebook. The agent had seen her son at the airport. The private investigator had already tracked the father there, but having the confirmation of the child being with him must have been terrifying. She jumped in the car and drove over as fast as she could to get there on time. She wasn’t far, but there was another issue to resolve before she could try and get her son back.

With a custody warrant like this, there are some steps that need to be taken before it can be served. These can be very time consuming, as the original warrant needs to be authenticated by the police as part of the process. While this is a good thing for a lot of reasons, it isn’t the best when you’re on a tight timeline, such as a plane taking off. That delay is exactly what allowed the father to get on the plane with the child, which then took it out of the jurisdiction of the local police and put it into TSA’s hands instead. It seemed like one thing after another was keeping this child away from his poor mother.

Thankfully, things started to turn around once her son was on the plane. There was a TSA agent at the airport who was determined to put things right after hearing what had just happened. He realized that time was of the essence as the flight was less than two hours long, so he spoke with a personal contact in Orlando, Florida, which is where the plane was heading. He was able to email the warrant down to his colleague and have the Orlando police department serve the warrant at the gate as they disembarked the plane. Finally, things were starting to look up.

While all of this was going on, the TSA agent also worked to get the mother a flight down to Orlando, so that she could be reunited with her son because Family Services can only hold a child for a certain amount of time. She was able to land within an hour of her son’s flight due to cooperation from one of the airlines and finally got to see her child again. On the legal side, the attorney was working to get a court hearing because the warrant requires a hearing to occur by 8 A.M. the morning after the warrant is served. The issue became that the flight was already later in the day, so everyone was at the airport until some time after midnight trying to get everything cleared up and to ensure the child’s safety. Thankfully, the judge also realized that getting everyone back up and settled enough to have a hearing with less than eight hours was a tall ask and allowed a 24-hour extension. Then, it was simply a matter of getting everyone where they needed to be in order to proceed with the court hearing.

The father did not return upon the serving of the warrant, and so the judge awarded the mother sole custody with no visitation privileges pending a permanent custody agreement. After nearly three months without her child, she finally knew he was safe again. His father had told her repeatedly that he wouldn’t bring the child back, but in the end, it wasn’t his choice. Thankfully, everyone was able to work extremely hard on a short timeframe and make it right. The active and intentional evasions of the father were stopped and, above all, a two-year-old was finally back with his mother in a safe situation.

Everyone here at Waple and Houk is proud beyond words to have had a part in getting this child home safely and we would like to extend that gratitude to everyone else that helped as well. The Charlotte Mecklenburg Police Department assisted us at the airport, the Orlando Police Department made sure that the child was safe and secured once he was off the plane, and we would especially like to thank Gary Thompson from the TSA for going above and beyond to assist and get the child back with Mom. It wasn’t easy to go to the lengths that he did in less than two hours, but he definitely deserves a huge amount of appreciation for all of the work he put in. I know that we are extremely thankful for his help and can’t even begin to imagine how grateful our client feels for his help. All in all, this is why we do what we do. Nothing is more rewarding for us than a happy and safe conclusion to these kinds of cases. We can only hope that all of our work has this kind of a successful resolution.

About Waple and Houk

A QUIET STRENGTH IN TIMES OF CRISIS. We provide more than simple legal analysis, but guidance to secure a resolution that is practical. We provide intentional representation of the individual, providing a quiet strength in what, at times, may feel like a storm of chaos. We are a small firm that provides accessible legal services to the individual who may be struggling with a family crisis. Unexpected events can dramatically impact the individual and, in turn, the family as a whole. This may include separation of a husband and wife; family uncertainty or dispute of how to assist a mother, father, aunt, or uncle who is struggling with the effects of dementia or Alzheimer’s disease; or a primary breadwinner who has lost the ability to earn a living following a work injury. We have the experience to address crises arising from these issues. FAMILY LAW - ELDER LAW - WORKERS COMP