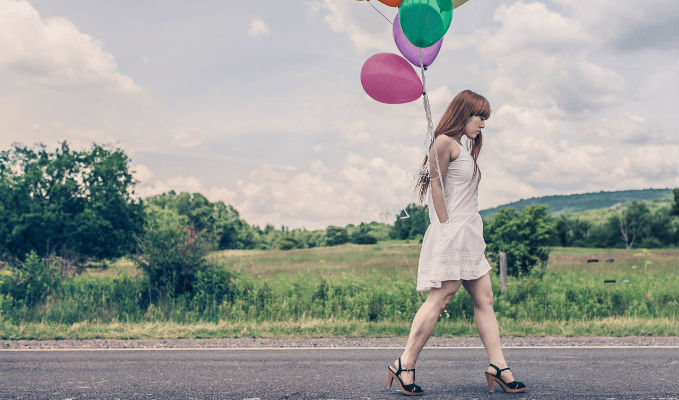 According to the Bureau of Labor Statistics Employment Projections, Millennials, those born between 1981 and 1996, will represent more than 35% of the workforce. Millennials come with a lot of perceived baggage; however, they are positively influencing companies to change their policies and employee benefits.

In the new millennium, it has been difficult to understand why corporations can raise prices, layoff workers, have record setting revenues, yet have no remorse for the struggling American people. In the United States, corporations have had the ability to pursue a broad range of activities; however, their sole purpose is to create long-term shareholder value. As early as 1919, the Michigan Supreme Court ruled in Dodge vs. Ford Motor Company that it was Henry Ford’s duty to operate his company for the benefit of the shareholders. Ever since, the idea of “shareholder primacy,” gives the shareholder the ability to intercede corporate decision making.

Therefore in the aftermath of tragedy or economic decline, it is the executive suite’s responsibility to reel in spending in order to increase profits and maintain stock price. Since 9/11 and the economic collapse, employee benefits and salaries shrank decreasing the size of the middle class and increasing employee frustration in order to benefit shareholders. Social or environmental responsibility cannot fit into a corporation’s decision-making if it impacts the shareholder negatively.

The new generation of worker demands more out of their employer. They expect companies to be more than a bottom line. Millennials want their employer to be transparent, innovative and make a difference. They want to be leaders, and companies that do not meet their needs and expectations can anticipate losing a Millennial as an employee.

Companies are beginning to realize that employees are no longer as loyal as they used to be. A PricewaterhouseCoopers survey found that only 18% of Millennials expect to stay with their current employer for the long-term. So, what can a company do to ensure they retain the best workers?

Each employer is required by state and federal laws to provide certain benefits like Social Security, Unemployment Insurance, Worker’s Compensation, and Disability Insurance. Additional benefits like personal leave, sick days, healthcare (yes, even under “Obamacare”) are optional and often included as a perk to employment. Some companies even offer gym memberships, flu shots, day care centers, telecommuting, and tuition reimbursement.

However, the new generation is challenging employers to think beyond the traditional and conventional to create a great company culture and enjoyable workplace. If a corporation wants to retain the Millennial employees, they need to be transparent, more sustainable, care for the individual, and run an ethical business.

Google is known for the unlimited snacks and five-star multi-cultural dining. However, businesses don’t need to bring in top chefs to meet the demands of the Millennials. It is actually often cheaper for companies to provide playground- workspaces than to offer higher salaries.

Across the country, businesses are changing office spaces to encourage a lighter working atmosphere and fewer restrictions on reviews and raises.“In order to meet the immediate need for reward that is expected by our younger employees, we now offer more frequent raises or the option to bank points towards a company paid vacation,”

“In order to meet the immediate need for a reward that is expected by our younger employees, we now offer more frequent raises or the option to bank points towards a company paid vacation,” said a company executive who requested to remain anonymous.

Don’t be mistaken, perks do not create the environment that Millennials seek. Perks should compliment a corporation’s values, must align with its culture, and need to allow for personal growth of the employee. Encourage employees to expand their horizons either through online courses, volunteerism, or travel. Allowing your employee to become a fuller person will make them a better employee.

Patagonia, a high-end outdoor clothing company, is known for its environmental activism. They donate about 10% of their profit each year to environmental groups. The company also allows its employees up to two months of paid leave to volunteer at a green non-profit of the employees choice. Additionally, Patagonia provides the transparency that employee’s seek.

In 2012, they released an innovative marketing campaign that revealed the good and the bad about the company. The Footprint Chronicles follows the entire manufacturing process of Patagonia’s products and reveals several ways that the company is not eco-friendly. Patagonia admits that they can do better and actively seek solutions from customers and employees.

Employee owned businesses are not new. Oakland, California-based think tank, The National Center for Employee Ownership (NCEO) estimates that there are over 11,000 employee owned companies in the United States. A 2000 study by Dr. Douglas Kruse and Professor Joseph Blasi of Rutgers University found that Employee Stock Ownership Plan (ESOP) companies grow 2.3% to 2.4% faster after setting up their ESOP.

Employee Stock Ownership Plan was invented by Louis Kelso, corporate and financial lawyer, to enable the employees of Peninsula Newspapers to buy out the retiring owners. The ownership plan was in actuality a retirement plan for the employees.

ESOPs became popular with national corporations like Procter & Gamble and Sears & Roebuck upon realizing that employees serving the company for over 20 years could retire without any savings to sustain them after retirement.

Publix Super Markets is the largest employee owned company in the United States according to a list compiled by NCEO in June 2014. In order to qualify for the list, the company must be at least 50% owned through ESOP. Publix opened its first South Carolina supermarket in 2012.

For 17 straight years, Publix has landed on Forbes’ Top 100 Best Companies to Work For in America. In reviewing Publix employee reviews on Glassdoor, 74% of employees would recommend the company to a friend. “Publix is a great company to work for with outstanding benefits and opportunities to grow,” said an anonymous employee from the customer service staff.

The company was founded in 1930 with one store in Winter Haven, Florida by George Jenkins. In 1945, the company expanded by purchasing 19 grocery stores. According to the July 15, 2005 Employee Ownership Update by NCEO, Publix also became employee owned that same year. Mr. George, as his employees called him, created a share bonus and stock purchase plan for full-time employees. Shortly after the company expanded again in 1974 from Central and South Florida to North Florida, Publix converted to ESOP.

Publix employs 167,000 people in Florida, Georgia, South Carolina, North Carolina, Tennessee, and Alabama with annual contributions around 10% of pay. It’s estimated that an associate could earn double a year’s pay over a decade.

Chip Smith, founder of EW Process, headquartered on Main Street in Fort Mill, South Carolina, converted his company to ESOP in 2011. Mr. Smith founded the company in 1990 as Process Equipment and changed its name when it merged with Emory Wilson Industrial in 2009.

EW Process specializes in processed industrial liquid applications for pumps, meters, controllers, and valves. According to their website, “employee ownership creates a deep commitment to the success.”

Rock Hill resident, Mark Pettibon rejoined the company as general manager in 2009. He was formerly a partner in Process Equipment and aided with the ESOP conversion. Mr. Pettibon became the President upon Mr. Smith’s departure in early 2014.

In 2010, Maryland passed a new class of a corporation, Benefit Corporation or B-Corporation legislation, which was co-drafted by B Lab, a Pennsylvania non-profit certifying socially responsible companies. A B-Corporation radically changes the landscape and options for businesses.

For the first time, a for-profit corporation has legal protection for their mission-driven business and can consider social and environmental gains, in addition to monetary profits. This legal protection helps the board of directors with corporate buy-outs or hostile takeovers.

Millennials seek companies that are transparent and making a difference in the world. Benefit Corporations might be a great alternative for companies to make a statement for their commitment to social or environmental missions. A study by Alex Edmands of The Wharton School found a link between people believing they are doing meaningful work and higher job performance.

The oldest flour company in the United States, King Arthur Flour became one of Vermont’s first Benefit Corporations in 2012. “King Arthur Flour is a 222-year-old company interested in preserving its mission and values into the next two centuries,” said President Steve Voigt.

King Arthur Flour converted to an employee owned company in 1996 when they changed their name from Sands, Taylor & Wood in order to reflect their core brand. “We take care of our people—the whole person that comes into work every day,” Suzanne McDowell, the VP of Human Resources told The Atlantic.

Money With A Mission, South Carolina

South Carolina became the tenth state to pass its own Benefit Corporation legislation with bipartisan support in 2012.

In 2013, Money With A Mission based in Charleston became South Carolina’s first Benefit Corporation. A fee-only financial planning firm that focuses on investments that are socially and environmentally conscious believing that your values should integrate with your finances. Greg Garvan, President of Money With A Mission, said, “For over 20 years we’ve been helping progressive individuals align their values and their financial life. We’ve been involved with Benefit Corporations in many other states and are ecstatic that South Carolina is now allowing this as well.”

Born in a technological world, given accolades for trying, and raised under heavy supervision, Millennials are not like any prior generation. They have high expectations and entered the workforce in one of the worst economic times in the

United States; the majority of them struggled to find jobs.

Amy J. Lynch of Bottom Line Conversations wrote, “Most Millennials also believe that they will never see a pension or Social Security check and that they will need to find their own financial independence in retirement, so offering immediate [retirement alternatives] can have appeal for Millennials.”

Considering the amount of money spent to find the best employee for the position, and time spent training them, it is worthwhile to create an environment and benefits worthy of keeping them.