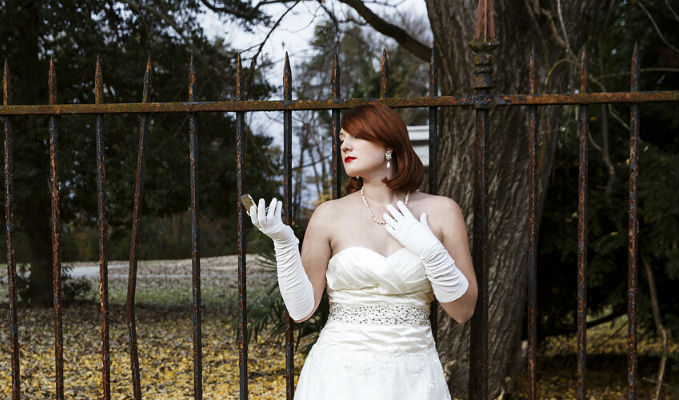 Ruthie Reed has a strong presence. She’s tall, has the red hair of a Disney princess, and resembles the classic beauty of a decade past.

Standing on the top of the porch, with a more than gracious smile, Ruthie introduces herself and leads the way through several rooms in her house to a quaint dining room with the table set for tea.

Ruthie’s mother, Maggie, brings out an apple pie and when Ruthie declines a cup of tea, Maggie fills her cup anyway. “That’s one thing about my mother: I can never say no,” Ruthie jokes of her mom’s insistence, which is similar to how Ruthie got into cotillions— despite Ruthie’s tomboy inclinations, her mother signed her up for the National League of Junior Cotillions while Ruthie was in middle school.

At 18, years after she began cotillion training, Ruthie is a debutante, which in its original form (and still part of some European royal societies) was a way of introducing an aristocratic young woman to society and available suitors. Nowadays, a debutante ball, or a cotillion, is more for the romance of the tradition.

On Dec. 20, Ruthie will be one of ten debutantes being presented at the Colonial Ball, hosted by the South Sons of the American Revolution (SC SAR) that will be held in Charleston. Ruthie’s eligibility to be presented at this ball is because of her father’s involvement with SC SAR. “We are a very traditional family. We saw that as a huge tradition that not a whole lot of people get to do, and it brings our ties back to our ancestors and what they used to do,” Ruthie said.

Ruthie’s grandfather began tracing their family tree in the 1970s, then passed the task to Ruthie’s mother Maggie. “I found I really had a passion for it. I started on my husband’s line, and we discovered that he was descended from the Calloways and the Hemsleys in North Carolina, and they fought at the Battle of Kings Mountain,” Maggie said.

Then, Maggie began to document her own ancestry and discovered her family line can be traced to Jamestown, which is 25 generations back. This lineage also includes William Bratton, who is an important historical figure in York County. So, on her mother and her father’s side, Ruthie was able to join the Children of the American Revolution (CAR) organization.

Ruthie, herself, is eight generations away from a Revolutionary patriot. “To be able to know you have a deeper connection to this country gives you a sense of ownership, of giving back to the community, because you’re not just transient and here, passing through. Your family has deep roots,” Maggie explained. “You can be as involved or as uninvolved as you want. But if you’ve got that (knowledge of your ancestry), you need to document it, because it’s a gift and a legacy that you can give to the next generation.”

As a debutante, Ruthie still enlivens a practice of the old world, but as a freshman at Guilford College, studying forensic biology, she is carefully experimenting everything college has to offer, from experiencing different international customs to involving herself in the art department. “That first year, you don’t know if you’re coming back or even how you’re going to do, so make a memory and make it last,” Ruthie said. “Whenever I look back on my first year, I met all these great people, I tried all these new things. I might not ever do them again, but I tried.”

Her biggest challenge right now is teaching her father how to dance for their waltz at the Colonial Ball. Ruthie describes his dancing as “standing and swaying back and forth.” Ruthie learned the difficulties herself when she learned in 8th grade. “Now I can do it and not realize I’m doing it.”

Much like the ball in Cinderella, Ruthie will be wearing a white gown (seen here). She will also have to perform a full Windsor curtsey, which requries plenty of practice. “You see someone else doing it, and you’re like, that’s easy. I can do that, but you have to be very balanced,” she explains, and all while wearing a corseted dress. “It’s actually very nerve-racking when you have people looking at you. It’s like walking across the stage. You don’t want to fall on your face accidentally.”

With all the fine training of an accomplished woman of a bygone era and the lineage well-rooted in American history, Ruthie embodies all the qualities of a modern Southern or at least a princess of Fort Mill.

Ms. Betty
Spend an hour with Elizabeth Barron Mills Thomas, “Betty” and it will become clear why she is lovingly referred to[...]
Read More
[adsanity_group num_ads=1 num_columns=1 group_ids=88 /]

How to Invest in Your Startup

3 Must Have Apps for Real Estate Agents

7 Must Do’s Before Selling Your Home