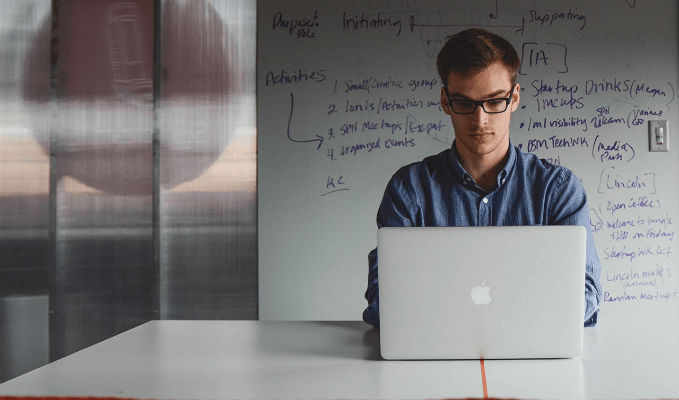 INCUBATORS GIVE ENTREPRENEURS A CHANCE TO THRIVE

There are many reasons to start a business: a job loss, inequity of skill versus salary and benefits, desiring more freedom to travel or spend time with family, and a desire to create, innovate, or affect change.

In the past 20 years, technology incubators have taken center stage, however, business incubators have been around for over 55 years. Incubators focus on turning entrepreneurs into leaders, providing basic support through services and office space, and sometimes funding in order to create sustainable businesses.

“I bought a new wardrobe after a potential client told me that I was too slick for his taste."

"There is a significant increase in the rate of success for businesses if they start out in incubators," said Tracy Kitts, former COO of the National Business Incubation Association (NBIA), a trade association with over 2,100 members in 60 countries.

The first business incubator opened in 1959. The unemployment rate in Batavia, New York rose 20 percent when the company that previously occupied the 850,000 square foot plant moved. The new owners, the Mancusco family, found it difficult to rent the entire complex, so they decided to divide the space into offices and nurture their new tenants. The Batavia Industrial Center was born and the owners provided shared office services, business advice, and assistance with raising capital.

When several plants in the Northeast closed in 1980, twelve new business incubators took their place to provide sustainable employment in the area. Incubators continued to evolve during the 1980s due to several factors including: The U.S. Small Business Administration (SBA) promoting incubator development, a few farsighted individuals like William Norris, and Pennsylvania passing and funding the Ben Franklin Program, the country’s first government funded incubator.

According to the Small Business Development Center, 44 percent of small businesses close within the first three years. Businesses nurtured by a business incubator have a survival rate of 87 percent after five years, according to Kitts. Additionally, 84 percent of the companies that graduate from a business incubator stay in the same community providing jobs and economic growth to the area.

Pennsylvania kickstarted the government’s interest in business incubators with the funding of the Ben Franklin Program in 1982; replacing the Pennsylvania Science and Engineering Foundation. The program was the country’s first comprehensive technology and manufacturing model that included incubators as a key component.

The Entrepreneurial Development segment focused on supporting small business incubators throughout the state, including rural areas. The program and its regional partners have funded companies that span from Energy to Robotics to Consumer products. From 1983-2010, Ben Franklin TechVentures graduated 47 successful companies that grossed more than $408 million in annual revenue in 2010, according to Laura Eppler, the director of marketing for Ben Franklin Technology Partners. “They have created more than 4,500 jobs and raised $293 million in outside investment capital,” she continued.

Innovation Works, a partner based in southwestern Pennsylvania was an incubator for Appalachian Lighting Systems, Inc. Founded in 2007, ALLED(R) develops and manufactures ultra energy-efficient, light emitting diode (LED) lighting fixtures. These high-powered lights are made for streetlights, sign illumination, parking lots, tunnels, and indoor office lighting. The company is based in Ellwood City, Pennsylvania. The borough installed ALLED’s streetlights nine years ago and reduced energy costs by 70%, according to AMP Public Power Partners.

The joining of the public and private sectors to spur innovation and local economy was a new idea to the masses in the 1980s. According to a Chicago Tribune article from 1986, the idea was not popular among “many Wall Street types” and they hoped the “do-gooder” projects would be dropped specifically by William Norris.

Four years prior to Pennsylvania passing the Ben Franklin Program, William Norris, the founder of Control Data Corporation formed City Venture Corporation (CVC) to develop business incubators in partnership with city governments across the country. CVC, at the time, was touted as a public-private partnership for urban redevelopment.

“We view the major, unmet needs of society as opportunities to pursue profitable business."

"We view the major, unmet needs of society as opportunities to pursue profitable business. This after all, the basic reason for business," was Norris’ philosophy.

Throughout the 1980s, CVC secured contracts in 18 cities across the United States including: Charleston, South Carolina; Toledo, Ohio; Benton Harbor, Michigan; and Pueblo, Colorado. Most of these programs were established in existing buildings that were rehabilitated for the incubators. Some of the rehab projects were privately funded and others were aided by the government, according to the 1986 Chicago Tribune article 3 New Business Incubators Planned by Control Data.

In 1990, the University of Minnesota’s Center for Urban and Regional Development issued a report on a decade long study of CVC. They identified Toledo, Ohio as the most successful incubator. The 60 million dollar investment from public and private sectors in the Warren Sherman ghetto saw a radical change, “affecting that neighborhood’s physical and economic situation.”

According to a 1981 article in the Pittsburgh Post-Gazette, “Mr. Norris was invited to Toledo where he offered to create 700 new and rehabilitated housing units, at least 2,000 jobs in five years, plus provide computer-assisted training for residents and an $8 million ‘Business and Technology Center’ that would incubate new businesses in the neighborhood.

Not all of CVC programs were successful, but some of the incubators still exist today. Pueblo Business & Technology Center in Pueblo, Colorado welcomed their newest tenant AmphibianSkin this past October.

AmphibianSkin is a custom 3D printed exoskeleton that provides support and protection to aid in the healing process. In lieu of a wrap or splint, especially in the summer months, this device provides the needed support without covering the entire hand and arm.

In 2011 as soldiers were returning from the Middle East, the veteran unemployment rate hovered around 30% according to the Bureau of Labor Statistics. At nearly 3% higher than the national average, Richard Burkhauser, a professor of economics at Cornell University in Ithaca, New York explained to the Wall Street Journal in 2011 that it was due to “decreasing demand for the kind of blue-collar jobs that many veterans were trained for as part of their duties in the military.”

Small Business Administration studies show that small businesses employ 99.7% of the country’s workers and create 64 percent of new jobs in the private sector. The White House launched the Startup America initiative to encourage new jobs in all sectors across the country. “Entrepreneurs embody the promise of America: the idea that if you have a good idea and are willing to work hard and see it through, you can succeed in this country,” said President Barack Obama at the announcement of Startup America in 2011.

Several business incubators began around the country to focus on veterans.

Honor Courage Commitment (HCC) was Texas’ first veteran driven incubator, founded by Don Nguyen, Staff Sergeant, U.S. Marine Corps Reserve, 2003 – 2013. He had a vision to provide full-scale services to nurture startups with free office space, education classes, and mentoring. HCC does not take an equity stake in the startups and with a grant from Home Depot and pro-bono construction work was able to move into a 5,500-square-foot space. Three years later, they are dependent on donations, however, they house 18 veteran run startups.

August of last year, Chicago’s 1871 announced a new incubator program called The Bunker. Since the announcement, The Bunker program has spread to multiple cities across the country with affiliates from Washington D.C. to Los Angeles.

Bunker in a Box, a 14-week entrepreneur “playbook” training program

Todd Connor, CEO, recently announced Bunker in a Box, a 14-week entrepreneur “playbook” training program. The program development was made possible by a $127,000 grant from the Bob Woodruff Foundation, a New York based foundation that issues grants to support veteran focused community programs. Its expected to launch before the end of the year, Connor explained to the Chicago Tribune that the program is a “self-organizing construct for military veterans to get together, form a community, and begin to think and talk like entrepreneurs.”

ONeill Contractors based in Glenview, Illinois is one of the twelve companies coming through The Bunker program. The Founder, Kaney O’Neill is a service-disabled veteran committed to employing and advancing professional skills of veterans. The company provides roofing services to federal, state, and local governments, as well as large commercial firms.

There are more than 1,400 business incubators in the U.S., according to the National Business Incubator Association (NBIA). According to data from Business Incubation Works, for every $1 of estimated public operating subsidy provided to an incubator, approximately $30 is generated in local tax revenue. Incubator graduates create jobs and revitalize neighborhoods strengthening local and regional economies.

The 2012 State of the Business Incubation Industry study estimates incubators assisted 49,000 startups that provided nearly 200,000 jobs, and generated a revenue of almost $15 billion in 2011.

In the past six-months, there has been another business incubator boom across the country and many are teaming up with universities.

In Conway, South Carolina the Conway Innovation Center (CIC) was made possible by a $150,000 grant from the Waccamaw Community Foundation that helps to fund the partnership between Coastal Carolina University, Clemson University, and the City of Conway.

"We think it's an important element of comprehensive economic development. You can't always go out and get industry and bring them to your community. Sometimes you need to develop that industry here at home. When you incubate a business in your community, they're more likely to grow and thrive and prosper in your community," which even expands the opportunity for employment in the Horry County area,” Conway Mayor Alys Lawson told the County Council last year.

The CIC opened in January and focuses on the development of emerging technology, life science, information technology, and service businesses. Kevin Shea, executive director, expects to add 100 new jobs and 200 indirect jobs within the county, an estimated $16 million payroll impact on the local economy.