Finding the Strength to Reconnect 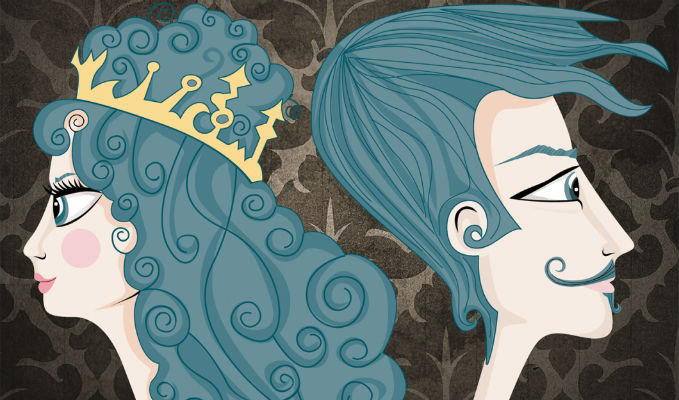 Marriage is hard work and staying happy in the relationship is even harder.

All things need maintenance to keep them working. We repair our cars and our homes, but for some reason we hesitate to fix our relationships.

The divorce rate in the United States still hovers around 50%, even though according to an analysis of Decennial Census and American Community Survey data by Pew Research Center we marry later and fewer of us marry at all.

“All couples are made with two different people. No two people in the world are alike."

"All couples are made with two different people. No two people in the world are alike," says Dr. Fran Walfish, Beverly Hills relationship psychotherapist, author, The Self-Aware Parent, and expert co-star on Sex Box, WE tv, "great couples learn to build upon those differences. They build upon each other's strengths and let each other minimize their weaknesses."

“Great couples learn to build upon those differences."

No one person is perfect. Mistakes happen. Communication breaks down. But when all the pressure builds up inside without an outlet, there are pieces of ourselves that start to falter. Perhaps we don’t confront it because we don’t want to hear the worst about ourselves or fear that our partner will respond negatively.

Whatever the reasons for the breakdown in the marriage, it is time to recover and reconnect – with yourself and your partner.

Gregory is a successful attorney who lives in an upscale neighborhood. He, his wife, and two boys vacation in the Bahamas and ski in Aspen. They attend all the right parties and are envied by their friends and family for having the perfect life. “We were consistently told that we were the perfect couple,” he confides, asking that we not use their real names for privacy.

“I picked it up and saw text messages from a Sam."

The day before Valentine’s Day last year, Gregory discovered his wife had joined Ashley Madison, the now infamous cheaters dating website. “I was watching television and her iPad kept . I picked it up and saw text messages from a Sam. They were fairly generic, but one popped curiosity in my head.” Gregory’s wife had dinner plans with her friends nearby, but one of the text messages gave directions to a place several towns away. He swiped open the iPad and discovered several inappropriate text messages between his wife and Sam.

It took Gregory a few weeks to approach his wife, “I didn’t know what to do. As an attorney, I had to do my due diligence before confronting her. The more I researched, the more that I began to realize that there are more than the two of us in this marriage. I rarely see my boys because of my career and I didn’t want to risk losing more time with them. I had to find it in me to forgive her and fix the issues of our marriage.”

THE SPOON AND THE PLATE

“My college roommate had one of those Quotables magnets that said something like, ‘if you don’t like someone, the way they hold a spoon will drive you crazy, but if you do, they could dump a plate on your lap and you wouldn’t care,’” recounts Caroline, a housewife from Tennessee. She describes her husband as a traditional, midwestern husband, a man that works hard to bring home a paycheck, but “for many years, he made us feel like we should be thankful that he graced us with his presence.”

“He became our spoon."

Twenty years into their marriage, Caroline decided her husband was either going to change or she was going to leave. “I was so unhappy. My kids were unhappy. He became our spoon.”

When Caroline told her husband that she wanted a divorce, he went ballistic. He told her everything that she feared he’d say. He moved into an apartment and for the next three months he did not contact his family. During their son’s high school football game, he sent Caroline a text message and it simply said, “I’m coming home.”

“I shook with anger at his audacity,” she continues, “yet, I was not absolutely shocked that he’d once again put his needs before ours.”

Married couples need to extend grace for minor annoyances. People — all people — can get on our nerves. This is especially true for the ones we love. Great couples have learned how to move past the minor distractions and focus on the major things like love and commitment.

Everyone is busy, but if the amount of time spent building a relationship changes it can cause friction. Maintaining the time you’ve previously spent together bonding is an important element to keeping the relationship alive.

Great partners know themselves and work to continue to understand themselves and their partner. Learn to forgive and forget the mental lists of errors and mistakes.

RETURN TO LOVE AND COMMITMENT

Gregory wrote his wife a love list reminding her of all the reasons they had fallen in love. “The last two items on the list were that I had forgiven her for the affairs and that her happiness was my happiness,” he explains.

“We are able to lead fulfilling lives, but on our own terms."

Their story took an unusual turn, but one that is becoming more common in the U.S. “We are still together, however, we no longer live under the same roof. It might sound strange, but we have never been happier. We are able to lead fulfilling lives, but on our own terms.”

Gregory says it took him a while to understand his wife’s wishes for a non-traditional marriage. He admits that he was not thrilled about the decision to live separately, “I spent a lot of time worrying about what people would say about our marriage. My wife, it turns out, never liked the pressure of being a perfect couple. This is our marriage and how we choose to live it is our concern, not a community discussion.”

They are now neighbors and the boys are able to go between the houses without restrictions.

FINDING THEIR WAY BACK

When Caroline arrived home that night, her husband handed her a business card for a relationship therapist. “Even when you think you know someone, there can still be a depth that you haven’t reached. My husband finally confided to his best-friend that we had split up. Turns out that his best-friend has been in couples therapy for five years,” she explains.

“We could only build up from there."

Through sharing, we learn that we are not alone in our pain. As part of treatment, their therapist had them share the things that they hated about each other. They were both hurt and angry. Her husband threatened to move out again, then something amazing happened. Carolina shares, “everything was on the table and there was nowhere to hide. We knew what we disliked about the other. We could only build up from there.”

We are all different people and all marriages are unique. We can no longer hold ourselves to a standard that is a preconceived notion of what a marriage is supposed to be. You are responsible for your own happiness. If you are having trouble in your marriage, now is the time to act. You just might be surprised by your strength and your partner’s reaction.

Candace Mattingly studied English literature and interpersonal communications at UNC. She lives with her husband, twin toddlers, and their dog in North Carolina.