Religion, Politics, and Money: Too Taboo? 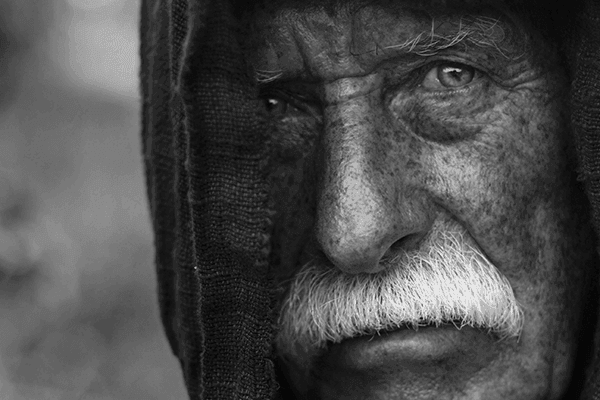 The man on the bench is a bronze statue of Jesus titled, Homeless Jesus. The statue was installed in front of the church this past winter. Cindy Castano Swannack, the woman who called the police, told WCNC in Charlotte, “Jesus is not a vagrant, Jesus is not a helpless person who needs our help. We need someone who is capable of meeting our needs, not someone who is also needy.” Some throughout the Davidson community agreed with Cindy, however, the reactions nationally have been supportive of its message.

The controversy over the statue and Cindy’s statement brought the controversial 1995 song, “One of ” by Joan Osborne to this writer’s mind. The lyrics challenged the listener, “What if God was one of us? Just a slob like one of us? Just a stranger on the bus trying to make His way home?” The statue’s artist, Timothy Schmalz, a devout Catholic, intended it to be a visual translation of Matthew 25:45, “just as you did not do it for one of the least of these, you did not do it for me.”

Capitalist, Socialist, Republican, Democrat, Christian, Atheist, popular, geek -- these are all labels that we give to ourselves and to others. We use these labels to divide ourselves, as justification for our personal and proclaim ourselves in the right. America has gone extreme left and extreme right, pulling our country to shreds. For every person we disregard as different from ourselves and do not appreciate their value for having differing viewpoints or beliefs, the further apart we grow as a community and as a nation.

“One nation indivisible, with liberty and justice for all,” the simple words recited throughout our childhoods, yet forgotten as adults. We are divisible. Since the we’ve been divided by culture, race, beliefs, viewpoints, political affiliations, and social class. However, something the majority of Americans can state is their allegiance to the United States of America. This is something we have in common. We are Americans. Although, we no longer live in a Democracy according to a study by Princeton University and Northwestern University. We are a system wherein few actually hold the power. According to the study, “majorities of the American public actually have little influence over the policies our government adopts.”

In other words, we have given the power of the country to the fundamental capitalists and their political mouthpieces. This is not a Democrat or Republican problem that must be won. This is a serious issue that will forever affect our lives. Few, if any, of our representatives in Washington care about their constituents. Don’t let the news and media outlets fool you. This isn’t a problem stemming from President Obama; this goes back to the when Wall Street became more important than Main Street. So, how did we end up here and how do we fix it?

Simply, we have let our government representatives, their Super PACs (Political Action Committees), and the media dupe us with their endless PR spin. The powerful have used our beliefs and viewpoints against us for their power play. If we let that continue, divided we will continue to be conquered, if not by them, then by ourselves. If we do not stand together and remove the shields of righteousness, then we will not have to fear radicals and terrorists because are our own terrorists. If you automatically believe the things you hear from the representatives or the media, you are a part of the problem. The next time you hear something, do your research. It has never been easier, just Google it and see what others are saying. I’m not saying that you will suddenly disagree, but you might discover that several politicians are using the same verbiage and rhetoric. We need to stop being mindless and content.

The last decade has proven that we can not trust those who lead us. We are not needy, we are strong, perhaps just unaware. But, our eyes are opening to the game played upon us.

Both sides of the political fence are up in arms over the events of recent years. Let’s throw down the fences and be brothers in arms. We must hold those in power while finding ways to bring back our Democracy and learn again to be a part of a community. The power of one voice can ripple and galvanize the voices of many.

As we have learned through globalization, the corporations only care about the corporation and its bottom line. The political powers and the wealthy only service the wealthy. No longer can we trust the American societal system.

Grow up, work in the mill, get married, have kids, and live a good life. Now the fear, how will I support my family when the mill moves to South America?

Go to college, get a college degree, find a good job, be loyal to your employer, and retire. Now the fear, will they take my retirement to support the CEO’s salary or bailout the while giving the CEO a raise? -- Or will I just be let go a few years before I retire? The faith that you may still have in “the system” should be shell-shocked.

Let’s take a look at Cisco, a manufacturer of networking equipment. In 2011, CEO John Chambers said on the company blog: “What do you want Cisco to be? … a place that puts people, customers and communities at the core of its values. That’s Cisco, no excuses. Thank you for being part of Cisco. You have my commitment, my and my appreciation.” Three months later, Cisco laid off 6,500 workers, and John was making $18.9 million, double his 2009 compensation.

The story of Cisco is one that you hear time and time again. Fundamentalist capitalism, “Put your faith in us and you will have our commitment… until our stock needs a boost, then nevermind.” Cindy Castano Swannack was kind of right. We do need someone who is capable of meeting our needs. We either need conscious capitalism, a capital system that once again cares about the welfare of its employees and provides transparency or we need to take a step back and rely on ourselves and our community.

Reverend David Buck, of St. Alban’s Episcopal Church, believes that the Homeless Jesus statue serves its affluent community as a reminder, “our faith expresses itself in active concern for the marginalized of society.” Perhaps, the message of the statue serves a greater purpose, a national purpose, a reminder that we are all human and should treat other humans with dignity and respect. Sure, this is a whimsical dream, but, one that could make you feel better about yourself and about your community. Let’s stop blaming others for our problems and stop putting judgement on others.

“The next time you see a homeless person on the street, think of the things that could happen to you to put you in their position. 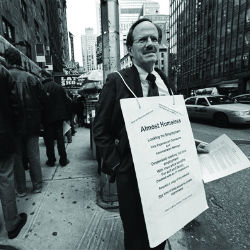 What would happen if your breadwinner lost their job and couldn’t find work for two years?

Paul Nawrocki rides 90 minutes into New York City every day to wear a sandwich board that says, “Almost homeless. Looking for employment.” Paul is a former toy industry executive with 36 years of experience. He told CNN, “When you’re out of work and you face having nothing -- I mean, having no income -- pride doesn’t mean anything. You need to find work. I have to care for my family.”

In an Orange County Register article, Jim Kennedy talks about how he went from six-figures to homeless in two years. He still drives his leased BMW, but after losing his house, he lives off frequent flyer reward points from his former life. His daily food budget is $5, but the hotel he stays in provides complimentary breakfast.

Just because you live in an affluent neighborhood, doesn’t mean you are any different from the people who don’t. Money is currently buying you luxuries, but one day it could be gone and you just might be laying on a park bench.

At first glance, inspection, you could not know that the Homeless Jesus statue is intended to be Jesus until you take the time to get close. Jesus’ face and hands are tucked under the blanket. It isn’t until you look at his feet peering out the bottom of the blanket that you notice the wounds from the crucifixion. Consider this the next time you wish to pass malice and judgment on a fellow man. Homeless Jesus might be a stranger on the bus, on the street, and inside the comfy confines of your affluent neighborhood. As you judge your family, friends, neighbors, and strangers, you will be measured. 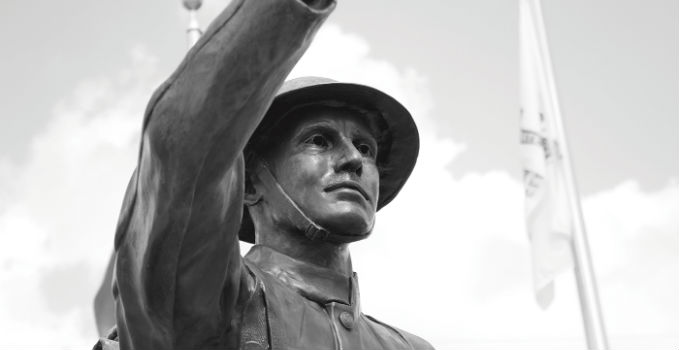 We can not know what we each have been through. We can not know what we each are going through. The next time you pass a homeless person, consider that perhaps they are not lazy, but the corporation they worked for failed them -- or even the United States government has failed them. When President Obama took office in 2009, there were over 70,000 homeless veterans, according to the United States Department of Veteran Affairs. So, maybe instead of a look of disgust, you should be offering a thank you.​