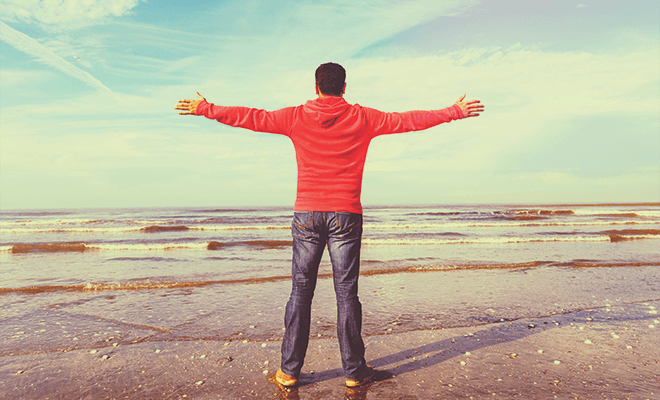 DREAM BIG,
ONE STEP AT A TIME

“Addiction is a condition that results when a person ingests a substance or engages in an activity that can be pleasurable, but the continued use/act of which becomes compulsive and interferes with ordinary life responsibilities,” according to Psychology Today.

The pleasure center is in the middle of the brain; it also houses the amygdala, which measures impulse and risk. As we age, we put meaning to the events and figures in our lives. This is the amygdala developing and engaging the cerebral cortex, specifically the frontal lobe. It is through the teenage years when impulsive behavior evolves that we start to put meaning to our experiences and fully develop our frontal lobe.

“Stunted development of their
frontal lobe has given way
to their addiction."

Addicts and alcoholics usually begin using their drug of choice during their pre-adolescence or adolescence; the pre-teen and teen years. “It may be a result of trauma, usually chronic, or severe and ongoing disappointments when someone or multiple people did not support them during traumatic painful periods,” according to Dr. Joyce Mikal-Flynn, professor of neuroscience and originator of, a philosophy and system of recovery and rehabilitation, “They do not have the development of the frontal lobe.” The stunted development of their frontal lobe has given way to their addiction. Where others have learned ways to handle stress, disappointment, or anger; the addict has learned to turn to their drug of choice to cope. The recovery process needs to address and change the learned behavior.

When addicts get sober, the majority of them still act and think like adolescents. It is through time, therapy, programs, and sponsors that they are able to engage the development of their frontal lobe. Recovering addicts need to practice emotional maturity; making mature connections between events, triggers, and responses.

Neurotransmitters like dopamine, norepinephrine, and serotonin are released to the cerebral cortex during meditation, prayer, exercise, and positive personal interactions. The “Runner’s High” is a rush of dopamine and endorphins, which are nature’s heroin. After a run, the body might be tired, but the mind buzzes with a sense of accomplishment.

One Step at a Time = SUCCESS

A young attractive woman checked Eli Sapharti out at the airport, “You know, you’re really good looking for a big guy.” As he squeezed himself into the airplane seat, the belt cutting into his skin, “damn, you’re fat” kept bouncing around his head. Tipping the scales at 300 pounds when his 18-year marriage ended, Eli found the strength to change his life.

Born and raised in Miami, Eli believes he first turned to food for comfort when he was six years old. His parents had just divorced, his father abandoned the family, and he suffered from panic attacks and anxiety. Looking back on his childhood, “I am incredibly grateful to my amazing mother for making what could have been a much rougher life, one that I mostly remember with love and joy.”

He reunited with his father in his pre-teens, but that relationship fell apart when his father was arrested for murder. “As you can imagine, this turned my life upside down and when my eating disorder and food addiction kicked into full force.”

Food comforted him in times of high anxiety and served as an escape from reality, “I would eat until I could not fit another morsel in my body,” he continued, “I usually did it in front of the TV.” Like any other addict, Eli sought that “high,” then he would crash and hate himself for lacking self-control.

Throughout the years, he was in a vicious cycle of extreme dieting, compulsive gym joining and buying every exercise DVD available on the market. After his flight, he stepped out of the hotel shower seeing himself in the large mirror naked. He was disgusted with himself, “How did I allow myself to get like this?”

He laid down on the hotel bed and pondered the ways he could end the cycle and change his habits. Since everything he had tried previously didn’t work, he opted for a new method, “One Step at a Time,” which became his mantra. He swore to himself that day that, “if it was the only and last thing I did in my life, I would walk for 15 minutes per day and stop drinking sugared soft drinks.”

At the end of the first week, he had lost 2 pounds. The next week, he lost another 2 pounds. “Breaking it down this way made it feel a lot less overwhelming. I totally believed that I could keep my weekly commitments.” His goal was to get a little bit healthier every day.

As weeks went by he reached 30 minutes of walking, then tried running, if only for 10 seconds at a time. Eli kept extending the amount of time and the amount of running each week until he was able to run three miles non-stop. Completing his first 5k, “crossing the finish line, you would have thought that I had just won an Olympic gold medal!”

“The ‘runner’s high’ is a real feeling."

Eli believes that addictions are difficult to break and can only be replaced by something healthier. He replaced mindless overeating with walking, then running. He has completed  marathons and will run in the NYC Marathon in November, “running gives back what you put in. The ‘runner’s high’ is a real feeling, including the feeling one gets when accomplishing a higher goal each time.”

From fat boy to fit man, Eli Sapharti wants to help others that struggle to change their lives. He is now a personal consultant, coach, and author of a book based on his mantra called From Fat Boy to Fit Man: “One Step at a Time” Story of Success.

Amy McGrade walked up to the start line of her first team race in the seventh grade. She was nervous and scared. It was her first race and all she thought about was disappointing others, herself, and was positive that she would trip and fall.

“That was the first time
I felt I belonged."

Her teammate, Ann, leaned over to her and pushed a freckle on her kneecap, Amy recalls she said, “That is your start button and your power booster. When you think you can’t go anymore push that and you will be lightning fast!” This was the first time in Amy’s life that she felt she belonged.

Growing up in Texas, her father had a good job and her mother was a homemaker. Amy suffered from night terrors and sleepwalking because her home was ruled by her controlling, alcoholic, drug addicted, and abusive father. The first time she used a computer was at a police station on a night her dad was supposed to be watching them at home. Her mother had left her and her brother with their sober father for the evening. Once her mom was gone, her dad took the kids and joined his brother at a local bar. Upon leaving, with the kids in the truck, her dad drove off a four-foot wall before striking another vehicle.

The summer before seventh grade, her mother moved them out of Texas. At her new school, the new girl with the weird accent was recruited to run on the cross country team. For the first time, Amy felt she was good at something and began to dream of the NYC Marathon. She also began to drink. Still unable to really fit in, she was bullied for her accent and a few other things that still perplex her to this day. During high school, Amy became the life of the party. As she grew out of adolescence, she continued turning to liquor for escape. Amy’s addiction evolved when she became diagnosed with Sacroiliac Joint Dysfunction, the abnormal movement of joints that causes chronic lower back pain. “Currently, there are no effective long-term treatment options for sacroiliac joint pain,” according to an article in The Journal of the American Society of Anesthesiologists. Shame and depression spurred a dependency to pain pills.

“...she looked at herself in the mirror and was disgusted."

Living in a fog, one morning while getting ready for work, she looked at herself in the mirror and was disgusted. At 34, she was in pain and in disbelief with her life, “I have been so blessed to be able to stay home and raise my second son. There has got to be more!” That morning she called her doctor and asked for a pain specialist. The next several months were spent getting her off the pain pills and back to running. After being sidelined by an injury, Amy began to feel lost again. She prayed for a purpose - a way to continue to stay clean and have her running mean more. While looking at upcoming races, one race kept popping up, 2013 Trail Race Challenge. Finally, unable to ignore it any further, she clicked on its summary. The race supported leukemia and lymphoma research.

During her teen years, she met Cindy Schornagel, the mother of a friend. Cindy was in many ways a second mother to Amy, “she taught me strength and how to overcome the impossible. That when things seemed dark, the light was still there, you just had to open your eyes wider.” Cindy was battling cancer, a battle she would lose a year later.

Amy McGrade has dedicated her life to running for leukemia and lymphoma, mentoring other runners, and helping charities raise funding as the Charity Lead for First Friday Fort Mill. She encourages those struggling to dream big and, “know that they are not alone. Change is possible.”

Breaking an addiction is hard, but it is also possible. Surround yourself with good, positive people that want nothing, but the best for you.

“Surround yourself with good, positive people..."

“Spend time with positive books, movies, and stories as it changes your brain chemistry and neural networking,” adds Dr. Joyce Mikal-Flynn, “Deal with things as they come; work with a therapist who can provide insight into post-traumatic growth, using what you went through as a source of strength.”

As Eli and Amy learned, stay focused, stay positive, keep moving in a positive direction, and give back in some way. There is always a chance to enrich your life, you just have to open your eyes to the opportunities and accept them or create them. You are the maker of your life.