The Crazy Things I Did To Save Money 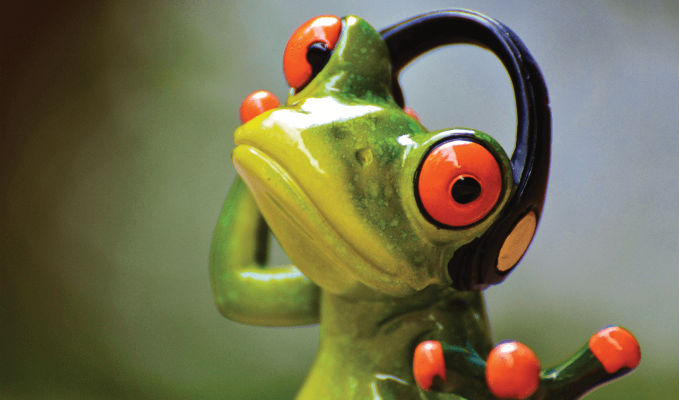 Absolutely sick with myself for my inability to save, I began researching ways to save money because one day, I planned to retire. One day… not a specific goal. This was my first problem. I did not set financial goals for myself because I was just trying to make it through the month. If anything else was presented to me as month to month, I hesitated because month to month is almost always more expensive and thus a bad deal. Why could I see this in other aspects of my life, but not my finances?

HIDE THE CARDS. CASH IS KING.

If you want to learn to save money, you need to understand the value of money. It is very hard to fully understand it when it’s in a bank and you use a card everywhere you go. Even mentally or physically keeping track of how much you spend in a day can be difficult.

Since the invention of the debit card and check card, I rarely carried cash. When I had cash in my wallet, I felt rich and would spend it freely. It has only been in the last few years that I started carrying cash in order to fully appreciate its value.

When I was about fourteen, we stayed at a resort for our family vacation. The first morning my dad handed me two twenty dollar bills, “This is your fun money for the trip. Don’t charge anything to the room.” I thought he was crazy, we’re on vacation...it’s the time to say, “charge it to the room,” just like they do in the movies.

We’re on vacation...it’s the time to say, “charge it to the room”

My dad jumped at the opportunity for a life lesson that ultimately went in one ear and right out the other, “when you charge things to the room, you lose track of what you spend and before you realize how much you’ve spent, they give you the bill. You will always know how much you spend, if you pay in cash. You can’t overspend.”

If you are like me, you’ve read all the money saving tips about earning cashback and rebates. But if you are still like me, you don’t have the time to investment in these money saving tips. Sure, I would love to have a basement stocked to the brim with goods that I bought for 12 cents using coupons, but seriously I don’t have the time nor the space.

Cash is king. It is accepted everywhere, it forces you to stay on budget, and more importantly, it teaches you how to budget and the difference between want and need.

It took several months for me to realize that I could be better at spending my cash. The first week I attempted a budget, I wrote down an educated guess on how much I would need for food, car, rent, and entertainment. I wrote the number down for each category on an envelope and put in the cash.

By the middle of the week, the cash was gone and I had no idea where it all went. I tried to recall where I had spent the cash, so I sat down with a pen and paper. On Monday, I had to fill my car with gas. I took $50 with me. While at the gas station, I also decided that I wanted two RockStars, a bag of Combos, and an ice cream sandwich. I do not keep receipts, so I went back to the gas station to find out the cost of these four items that I really needed to have in that moment. Thirteen dollars?! I spent $13 on total junk. No, I take that back, I invested $13 in total junk. Thirteen dollars that could be in my savings account because I didn’t need it for gas.

This really started to change the way that I thought about money. Everything that I own, buy, consume, or discard is an investment.

I thought that I had washed my finances down the drain in my twenties trying to survive. No, I was totally wrong. I struggle towards my forties trying to clean up my debt because I didn’t know the difference between want and need.

They seem like simple ideas. A need is something that you must have to survive. A want is something you like, but can survive without it. That is fairly straightforward.

In my quest to start saving money, I had to get very real with myself and honestly answer many hard questions.

Do you really need your smartphone and the monthly plan?

Do need your smartphone and the monthly plan? I was always the person with the latest and greatest smartphone technology. Upon examining my life, I decided that I did need a smartphone. I downgraded to a BLU T172 Jenny Quad-Band GSM Phone with Camera, Bluetooth, and Built-in FM Antenna for $29.99. All told, I went from paying $90 per month to a prepaid plan that cost $1 per day if I turned the phone on.

The $1 per day plan is no longer available, so I pay $3 per month for 30 minutes of talk and 30 text messages. I still use my BLU phone, too. The FM radio feature does away with the need for music apps and internet.

I was on a street corner in South Central Los Angeles at sunset.

Selling my smartphone changed the way that I needed to function. I also got rid of my car a few years ago and opt to either walk or take public transportation. I was on a street corner in South Central Los Angeles when I realized that I needed to prepare better before leaving the house without a smartphone.

I was living near Los Angeles International Airport at the time and went downtown or to Hollywood for something. The most direct route on public transportation is through South Central. It was a trip that I had taken numerous times before, but always with a smartphone. On this day, the day was quickly fading into night and it is not a place you want to be stuck after dark. I called my friend to see when the next bus was supposed to arrive, so that I could decide whether to wait for it or hop on a different bus and take the long way around.

This day ended up being non-eventful, but was a great lesson in preparation and life without a smartphone.

Cable television, do you really need it? Most likely, you said that you need it. But truthfully, cable television is a want. You can live without cable. It might be hard to maintain social circles because you do not have cable. Is missing the next season of Housewives of Atlanta, Keeping Up with the Kardashians, or Walking Dead literally going to kill you? No, it will not.

Honestly, I only watch television shows that I have watched for many years. When they go off the air, that will be the end of television for me. I have not paid for cable in nearly six years and have lost friendships because those relationships revolved around shows that we watched. if that’s all we had in common, then why did we hang out?

According to the FCC, the average American household spends $64.41 per month on cable television. Most families that I talked to, pay an upwards of $150 per month. That’s $773 to $1,800 per year being invested when most of us say that there is “nothing on TV.”

Cutting the cord is often a difficult conversation for a family. A married friend of mine, Kate (not her real name) lost her job at the beginning of the summer and she was the breadwinner. She was hopeful that she would land another job quickly. But as the summer rolled into late fall, they needed to face reality.

It was either time to dip into their savings or change their spending habits, so that her husband’s paycheck covered their expenses. When Kate started the conversation about canceling their cable, her husband put his foot down and tried to blame the kid.

“He said that I was trying to take an educational tool away from our two year old. He was serious,” after a long pause Kate continued, “the conversation was over. I waited for him to go to work the next day and canceled our account.”

Assess your life and figure out
what YOU really need.

We might be addicted to cable, but that does not make it a need. I encourage you to assess your life and figure out what is really a need.

I might not have cable or a television, but I do have Netflix. I signed up for Netflix a year ago. I had it a few years earlier, but when I needed to cutback I canceled my account. If I run out of things to watch on it though, I will cancel it again.

Do you really need that Diet Coke? Soda and other sugary drinks are a complete waste of money (not to mention they are horrible for you, but that’s a different article). Yes, they taste good, but even the generic brand 2 liter of soda is a dollar that can go into your savings account. How much of your savings did you drink this week?

I stopped drinking soda, or a least minimized the amount that I drink. I really try very hard not to drink it because once I do, then I need to have more. It’s a vicious cycle that took me a long time to break and I really do not want to get back on the merry-go-round.

Now, I only drink three things: coffee, tea, and water. If you’ve ever been on a cruise, then you know that coffee, tea, and water are included in the price of the ticket. That is because the price per cup of these items is negligible. If you can find a way to only drink water, please let me know. I just can’t get there because I can taste the differences and impurities in water.

Every dollar you spend is an investment. You can invest your money into the things you need or you can live in “luxury” with the things that you want.

If you want to start saving money, I challenge you to cut back on your wants and assess your needs. Then, use cash to pay for everything.