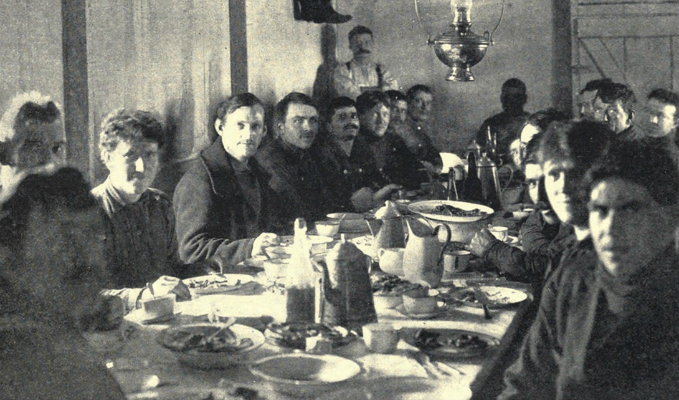 Food, in my opinion, is the most powerful weapon on the planet. It has the power to incite riots and conversely has the power to bond. The intention and relationship with food defines a culture.

"Most people who love good food, love to share good food. It is wanting to share the same exact experience with someone else," said Ellen Gedra, Co-Owner of The Black Sheep. Recounting the meals she shares with her staff, "my cooks and I eat off of the same plate or spoon on a daily basis. Each plate is different. If someone picks up a different nuance it is something you want to notice as well or offer a differing opinion."

For every day that the cooks at Black Sheep share a meal, they are building a rapport and a deeper community. We create memories around food and when we share those experiences with others, we have a shared story.

Since the beginning of time, food built communities and culture. In the last fifty years, we removed ourselves from traditional community building. Americans purposefully insulate themselves during a meal, which has caused triggered warnings to tourists.

“It is usually inappropriate to join a table already occupied by other diners, even if it has unused seats,” United States WikiTravel etiquette section advises, "Americans prefer and expect this degree of privacy when they eat."

What happened to us that we became aggressive, do not disturb diners?

“The farther back you can look, the farther forward you are likely to see,” Sir Winston Churchill, former Prime Minister of the UK and honorary United States citizen.

For centuries, few limitations kept us from breaking bread together. We’d prefer to dine with empty chairs and read our phones than have an exchange with a stranger.

Breaking bread is a metaphor for having a meal together. The phrase dates back centuries and can even be found in the New Testament, Acts 2: The Fellowship of Believers: “And day by day, attending the temple together and breaking bread...”

Fellowship is not just a Christian teaching. The word fellowship descends from the Ancient Greek word, Koinonia (COY-NO-KNEE-A) meaning the camaraderie between friends, to build a community or society. The ancient Greeks believed that working together would produce greater results than the work of several individuals.

For the ancient Greeks, "Koinonia, is a complex, rich, and thoroughly fascinating Greek approach to building community or teamwork," according to How the Greeks Created the First Age of Innovation by Robert Porter Lynch & Ninon Prozonic Papanicolas.

One can not achieve Koinonia without generous sharing, the selflessness of giving a tangible thing; partnership, the common effort that aligns parties; community, a consciousness that drives the group to action; and fellowship, the sharing of joys and pains that unite through common experiences overriding each individual’s pride, vanity, and individualism.

A major wave of immigrants came to the United States in the mid-19th century, men left farms for the cities, and women left their families to work in mill towns, they all sought the same thing: economic opportunity. These men and women moved without family or friends to find food and shelter at one of the many boarding houses available across the country.

Boarding houses often catered to a certain demographic: women-only, kosher, or country. The boarding houses served as community hubs, bonding these strangers over the dining table. More like a bed and breakfast than a hotel, "you were called once for meals. If you were late, your meal was in someone else's stomach."

Janice Davies’ grandfather lived in a boarding house in 1906, “my grandfather left his family behind to find work in Philadelphia. After three months, he not only saved enough money to move his family to Philadelphia, but he also had a built-in community for them to socialize. It made the transition to the city easier.”

As the men and women moved out of the boarding house, vending machines, or automats replaced the bagged lunch. The meals were freshly made by people behind the spinning wheel drums of the chrome and brass vending machines framed in Italian marble. Anyone with a nickel could order directly from the machine and dine in the dining room. This made the automat a democratic dining experience, where a white-collar worker could dine with a blue-collar worker or even a homeless person.

Playwright Neil Simon, most famous for The Odd Couple, essentially grew up in automats. He claimed that he learned more from his dining partners than he did studying at Princeton. In the book, A History of New York in 101 Objects, Neil recalls his experience and conversation with a stranger:

“And the years went by and I turned from a day customer to a night patron, working on those first attempts at monologues and sketches at two in the morning, over steaming black coffee and fresh cheese Danish. And a voice from the stranger opposite me.”

"Where are you from? California?"

During the 1970s, inflation forced out the automat for a more economical fast food service that included cashiers. There was our decline, food as fast as possible, shoved into our mouth, so we can move on to more important things.

It's no wonder that foreigners cannot understand our culture's relationship with food. We don't have a relationship, we have one night stands.

Mass media encourages us to have family dinner time. Food movements attempt to reeducate us about the value of food. Restaurants created new concepts to try to inspire us to break bread with strangers. For the most part, they have all been rebuffed.

If you google “communal dining,” you will come across several articles and blog posts denouncing the communal dining trend, while upholding the new, individualized American dining style. A communal dining etiquette article by Bon Appetit says, “if you eat at cool new restaurants, you will one day find yourself sitting next to strangers at a huge table. And, it can be downright stressful.”

Restaurants around the country are trying to break our habits and rebuild community with food, however, a concept can only take us so far. A restaurant can have big tables and make people sit together, but if the patrons are unwilling to discover elements outside of our bubbles, the concept has failed.

A newer concept has emerged in the Americans’ distaste for dining with strangers, small plates. The idea is borrowed from Spain, which is famous for their tapas, small savory dishes served at the bar. Perhaps this is a baby-step towards breaking bread with strangers, sharing small plates with friends.

There are small plate restaurants in nearly every market. In January, a Carolina favorite, Tupelo Honey Cafe announced that they were introducing Southern Small plates, “we believe that eating together is good for you.”

If you’re ready to try small plates, I recommend venturing to these three restaurants: 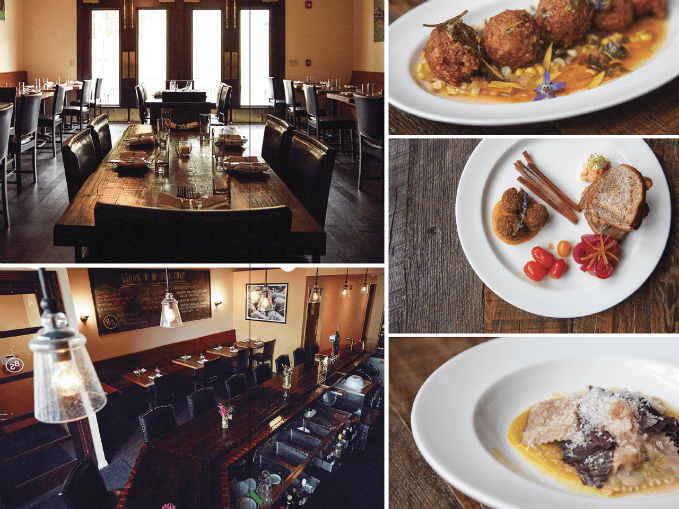 The Black Sheep (blacksheepbuffalo.com), 367 Connecticut Street, Buffalo, NY, opened last summer after the owners Ellen and Steve Gedra shuttered their wildly popular Bistro Europa. The Black Sheep focuses on seasonal, house-made, handcrafted foods from local farmers served on small plates. Executive Chef Steve is fond of the pig and serves it in so many interesting ways. Whatever you eat, save room for Ellen’s famous sticky toffee pudding. 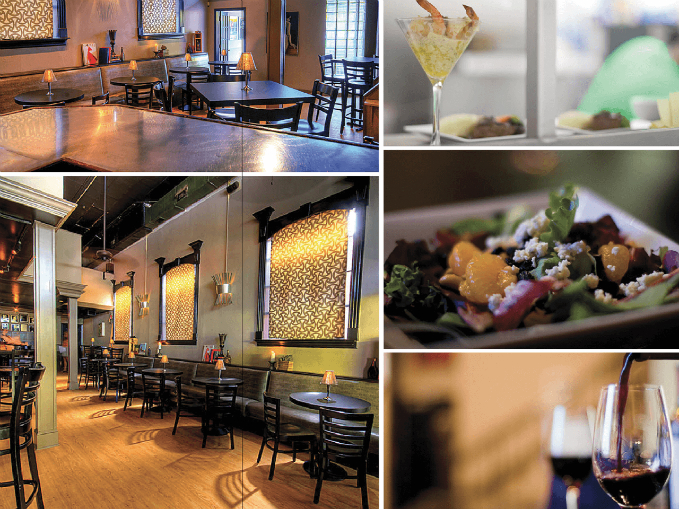 The (thecazbah.com), 16 West McBee Avenue, Greenville, SC, opened in 2000 offering a destination dining experience. The tapas restaurant and wine bar’s menu changes quarterly offering a range of cuisines, from Asian-inspired to traditional American. The atmosphere is unapologetically sleek and sexy, leave the kids at home, and enjoy the small plates with friends. Don’t forget to order the lobster cigars, over one million have been served. 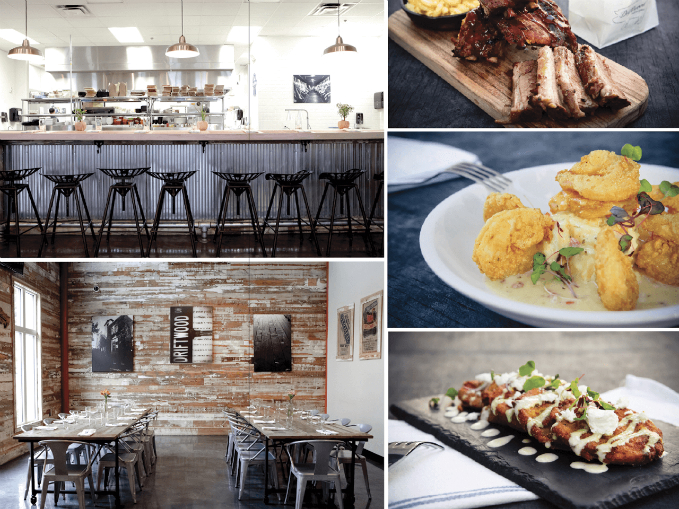 Driftwood Southern Kitchen (driftwoodraleigh.com), 8460 Honeycutt Road, Raleigh, NC, opened in 2014 to rave reviews. This farm to table restaurant was born to celebrate the local farmers, a strong love for southern ingredients and southern hospitality. They invite you to come, enjoy the small plates, create memories, and share your experiences. Put the brisket and mac and cheese on your bucket list.

If you’re ready to dive into a communal dining experience. Head down to Savannah, Georgia and step into a longtime southern tradition at The Wilkes House (mrswilkes.com), 107 West Jones Street, Savannah, Georgia.

Sema Wilkes joined her husband at a boarding house in downtown Savannah, Georgia in 1943. She helped in the kitchen for the next twenty-two years, when she and her husband purchased the property as a part of a Savannah Historic Foundation project. Continuing the family style dining tradition, a line gathers each morning. At 11 o’clock, the doors open and the lunch crowd finds seats at one of the large tables-for-ten shared by strangers. Today, Ryon Thompson continues his grandmother’s dream of serving home-style Southern cooking to cultivate relationships among neighbors and strangers.

There is a lot of talk about bringing America back. This means something different to everyone. I propose that we resolve to start solving our problems over a meal.

Just like every plate, we are also unique. Putting down our phones and reconnecting with people in real life is a way to break down our walls: vanity, pride, and individualism. We are a divided nation, and now it’s time to step out of our boxes and learn to reunite. Aesop had it right, “united we stand, divided we fall.”

No matter your race, religion, or creed, the common experience that unites us is food. Let’s use its power to forge a bond and stand united once again.