An Anthropologist Explains Why We Love Holiday Rituals And Traditions 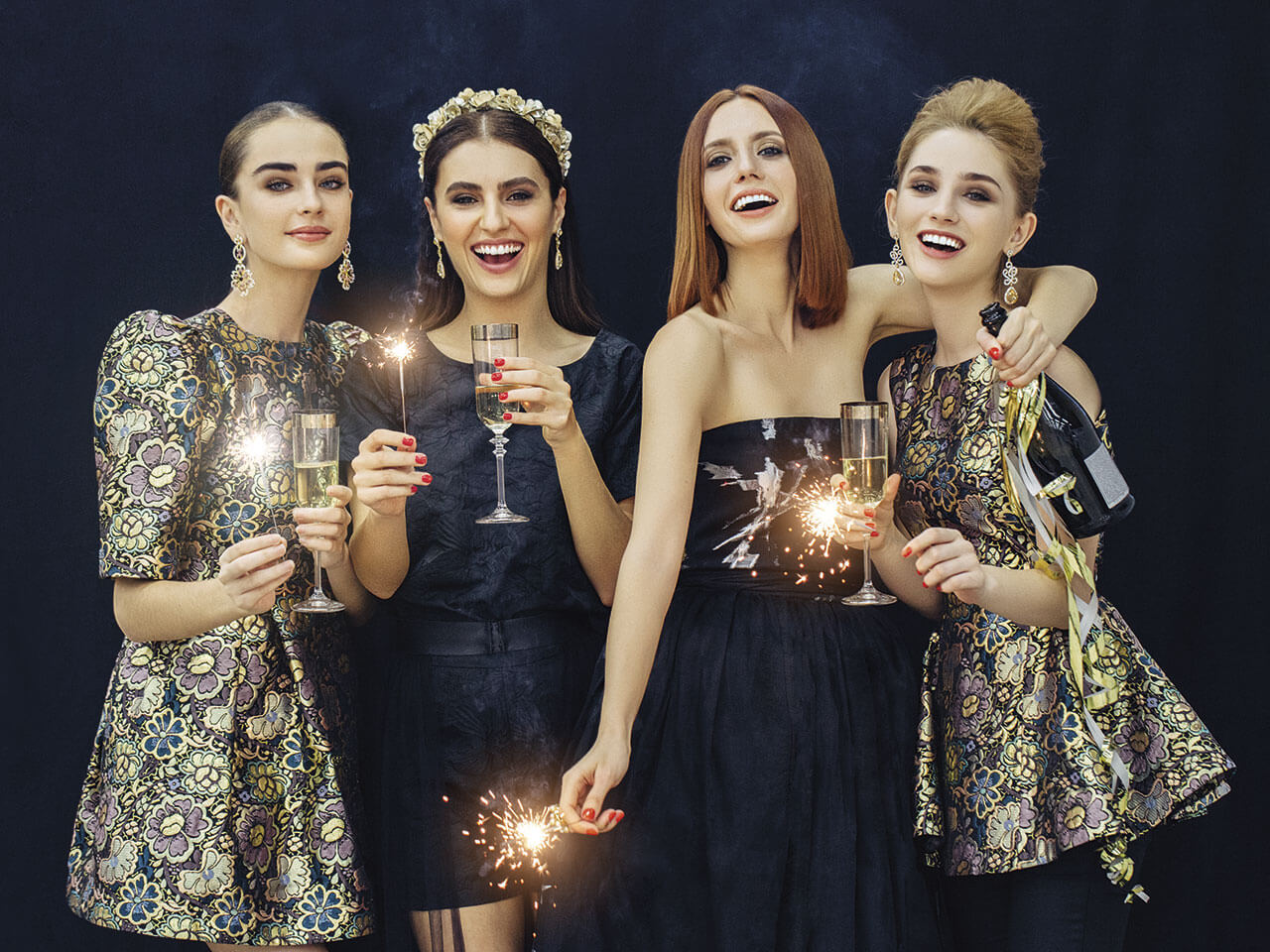 The mere thought of holiday traditions brings smiles to most people’s faces and elicits feelings of sweet anticipation and nostalgia. We can almost smell those candles, taste those special meals, hear those familiar songs in our minds. Ritual marks some of the most important moments in our lives, from personal milestones like birthdays and weddings to seasonal celebrations like Thanksgiving and religious holidays like Christmas or Hanukkah. And the more important the moment, the fancier the ritual.

Holiday rituals are bursting with sensory pageantry. These (often quite literal) bells and whistles signal to all of our senses that this is no common occasion – it is one full of significance and meaning. Such sensory exuberance helps create lasting recollections of those occasions and marks them in our memory as special events worth cherishing. Indeed, there are plenty of reasons to value family rituals. Research shows that they can provide various psychological benefits, helping us enjoy ourselves, connect with loved ones, and take a respite from the daily grind.

Everyday life is stressful and full of uncertainty. Having a special time of the year when we know exactly what to do, the way we’ve always done it, provides a comfortable sense of structure, control, and stability. From reciting blessings to raising a glass to make a toast, holiday traditions are replete with rituals. Laboratory experiments and field studies show that the structured and repetitive actions involved in such rituals can act as a buffer against anxiety by making our world a more predictable place.

Many of those rituals may of course also be performed at other times throughout the year. But during the holiday season, they become more meaningful. They’re held in a special place (the family home) and with a special group of people (our closest relatives and friends). For this reason, more people travel during the year-end holidays than at any other time of the year. Gathering together from far-flung locations helps people leave their worries behind, and at the same time lets them reconnect with time-honored family traditions.

No holiday tradition would be complete without a festive meal. Since the first humans gathered around the fire to roast their hunt, cooking has been one of the defining characteristics of our species. The long hours spent in the kitchen and the dining room during the preparation and consumption of holiday meals serve some of the same social functions as the hearths of our early ancestors. Sharing a ceremonial meal symbolizes community, brings the entire family together around the table, and smooths the way for conversation and connection.

All cultures have rituals that revolve around food and meal preparation. Jewish tradition dictates that all food must be chosen and prepared according to specific rules (Kosher). In parts of the Middle East and India, only the right hand must be used for eating. And in many European countries, it is important to lock eyes while making a toast in order to avoid seven years of bad sex.

Of course, special occasions require special meals. So most cultures reserve their best and most elaborate dishes for the most important holidays. For example, in Mauritius, Tamil Hindus serve the colorful “seven curries” at the conclusion of the Thaipusam kavadi festival, and in Greece, families get together to spit-roast an entire lamb on Easter Day. And these recipes often include some secret ingredients – not just culinary, but also psychological.

Research shows that performing a ritual before a meal improves the eating experience and makes the food (even just plain carrots!) seem tastier. Other studies found that when children participate in food preparation they enjoy the food more and that the longer we spend preparing a meal, the more we come to appreciate it. In this way, the labor and fanfare associated with holiday meals virtually guarantee an enhanced gastronomical experience.

It is common to exchange presents during the holiday period. From a rational perspective, this might seem pointless, at best recycling resources or, at worst, wasting them. But don’t underestimate the importance of these exchanges. Anthropologists have noted that among many societies ritualized gift-giving plays a crucial role in maintaining social ties by creating networks of reciprocal relationships.

Today, many families give each other lists of desired presents for the holidays. The brilliance of this system lies precisely in the fact that most people end up getting what they would buy anyway – the money gets recycled but everyone still enjoys the satisfaction of giving and receiving gifts. And as this is a special time of the year, we can even allow ourselves some guilt-free indulgence. Last year, my wife and I saw a fancy coffee machine that we really liked, but we decided it was too expensive. But in December, we went back and bought it as a mutual present, agreeing that it was OK to splurge a bit for the holidays.

THE STUFF FAMILY IS MADE OF

The most important function of holiday rituals is their role in maintaining and strengthening family ties. In fact, for relatives who live far apart, holiday rituals may be the glue that holds the family together. Ritual is a powerful marker of identity and group membership. Some of my own field studies have found that taking part in collective rituals creates feelings of belonging and increased generosity toward other members of the group. It’s no surprise, then, that spending the holidays with the in-laws for the first time is often regarded as a rite of passage – a sign of true family membership.

Holiday traditions are particularly important for children. Research shows that children who participate in group rituals become more strongly affiliated with their peers. In addition, having more positive memories of family rituals seems to be associated with more positive interactions with one’s own children. Holiday rituals are the perfect recipe for family harmony. Sure, you might need to take three flights to get there, and they will almost certainly be delayed. And your uncle is bound to get drunk and start a political argument with his son-in-law again. But according to Nobel Laureate Daniel Kahneman, this is unlikely to spoil the overall experience.

Kahneman’s research shows that when we evaluate past experiences, we tend to remember the best moments and the last moments, paying little attention to everything else. This is known as the “peak-end rule.” In other words, our memory of the family holiday will mostly consist of all the rituals (both joyful and silly), the good food, the presents, and then hugging everyone goodbye at the end of the night (after your uncle made up with his son-in-law). And by the time you get back home, you’ll have something to look forward to for next year.

ABOUT THE AUTHOR
Dimitris Xygalatas is an anthropologist and cognitive scientist at the University of Connecticut. He studies some of the things that unite and divide us, focusing on religion and ritual, sports, cooperation, and the interaction between cognition and culture. He has held positions at the universities of Princeton, Aarhus, and Masaryk, where he served as Director of the Laboratory for the Experimental Research of Religion. At UConn, he directs the Experimental Anthropology Lab, which develops methods and technologies for studying human interaction scientifically in real-life settings. This article was originally published on The Conversation.