New Orleans: The Rhythm of a Community 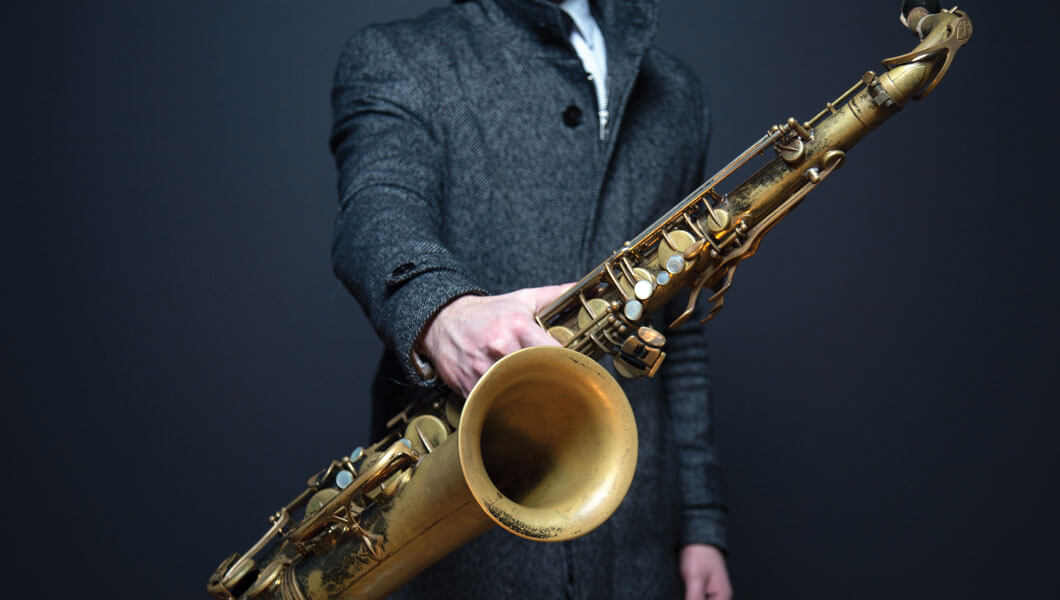 New Orleans draws thoughts of Mardi Gras, PoBoys, and Gumbo. The birthplace of jazz music and home to significant contributors to all genres of popular American music from rock’n’roll to soul to rap. The city’s musical heritage and influence runs deep, yet locally retains its own unique flavor of latin flare, brass bands, funk, and rhythm and blues.

As much as the sounds and smells of New Orleans dominate the mind, the modern story of New Orleans begins with Hurricane Katrina. The storm changed the city in many ways. People were lost, people were displaced, landmarks swept away. The people from New Orleans are passionate about their food, their music, and their resilient community.

The summer of 2005 brought one of the most devastating natural disasters in American history to the shores of New Orleans, Hurricane Katrina. You may remember the news stories of people stranded and broken levees flooding the city, but for the New Orleanians who lost their homes and were displaced around the country, it is a tale of the struggle to return to their city and rebuild.

Music is the core of New Orlean’s culture. The sounds of jazz sweep the streets of the Big Easy at everyday events. The hurricane washed away several of the drums, trumpets, and saxophones, but not the music in the hearts of the people. Local and national musical artists held fundraising events to help rebuild the city both physically and musically.

In New Orleans when the media found the next major story, the government removed their support and evacuees returned to neighborhoods and homes that were still gone and the infrastructure still needed to be rebuilt. Music lent its comfort and raised the spirits of those left to rebuild.

Several local musicians broke out their instruments. Harry Connick, Jr., a NOLA (New Orleans, LA) native known for his swinging jazz sound, was the most famous musician to lend his hat. However, it took ten years for Connick to share his story.

In front of a crowd at Gallier Hall, a historic building on St. Charles Avenue near Lafayette Square down the street from the French Quarter, Connick began, “I’ll be honest with you. I don’t know that I’ve ever said this. I couldn’t find my dad. He wasn’t answering the phone.” He immediately flew to New Orleans and eventually reached his father.

Once he knew his father was safe, Connick went to the Convention Center to visit the people that were left stranded. He was compelled to help and began brainstorming with fellow New Orleanian and friend Branford Marsalis.

Connick said he shared the idea for Musicians' Village with his dad, “I called my dad and said, ‘Dad, we need to rebuild New Orleans.’ And my dad said, ‘You are so stupid.” While his dad was not an easy sell. The people of New Orleans craved their music.

The musicians announced their partnership with Habitat for Humanity International and New Orleans Area Habitat for Humanity four months after the hurricane. By the following month, the group purchased eight acres of surplus property in the Upper 9th Ward, an area flooded when multiple levees in the area broke during the storm and where the majority of the city’s musicians lived.

The single-family homes were to house artists who helped define the city’s culture and shaped the sounds of the musical world. 70,000 volunteers, sponsors, donors, and low-income families helped build more than 80 homes. The first three homes were finished in June 2006.

Fredy Omar moved to New Orleans during the 1990s and was one of the first three homeowners to move into the village. He started his band, Fredy Omar con su Banda, in 1997 and has won multiple “Best Latin Band” awards from OffBeat, Gambit, and was named TOP ACT in NEW ORLEANS by Independent Music Award.

Every week he participates in Latin dance lessons prior to each gig at Cafe Brasil and the Blue Nile. His band has a standing gig every Friday night at Balcony Music Club on Frenchmen Street, which is the connection to his local nickname, “Latin King of Frenchmen Street.”

Fredy was born in Honduras where from the age of eight he worked with in his grandfather’s bakery before and after school. He would listen to the radio while mixing dough and dream of becoming a singer. Even though his family was not supportive of his dreams, he pushed on.

During high school, he recorded two singles that were played on the local radio station. Fredy was selected to record a song for a national contest. The song won and became the theme song for the television show Campionsimos. Impressed by his success, Fredy’s family agreed for him to formalize his musical education at Tegucigalpa’s National School of Music where he earned a scholarship.

By his early twenty’s, Fredy was touring regularly and was given an opportunity to perform at a festival in New Orleans. The city’s musical diversity and unfamiliar styles intrigued him and he decided to adopt the city as his new home. He performed with several bands before creating Fredy Omar con su Banda after a showcase at a local music conference.

Musicians' Village helped Fredy stay in New Orleans where he continues to play on Frenchmen Street as well as local festivals like the French Quarter Festival and Jazz Fest.

Five elderly-friendly New Orleans-style duplexes were built for master musicians. The rental units were added to provide a resource and for younger village residents. The Ellis Marsalis Center for Music, simply known as the Center, was named in honor of the New Orleans native and legendary jazz pianist. The 17,000 square-foot music facility includes a 170-seat performance space, recording facilities, computer center, listening library, classrooms, and community gathering spaces. The duplexes coupled with the Center also support the surrounding communities.

The Center’s ground-breaking ceremony in 2007 was more than a few men in suits with shovels. The event was celebrated with music featuring Connick, Branford and Ellis Marsalis, and several of the residents from the Village.

As the homes filled, musicians began to gather on the porches and jam into the night.

Aaron Wilkinson, Chris Mulé, Sam Price, and Garland Paul knew of each other from the New Orleans music scene. When they found themselves 2200 miles away and living in San Francisco after the storm, they began performing weekly at the famous Boom Boom Room. The line-up named themselves Honey Island Swamp Band and released the award-winning debut Wishing Well.

Wishing Well won Best Blues Album of 2009 by OffBeat Magazine and was named Best Emerging Artist of 2009 and Best Roots Rock Artist of 2010. As the ten-year anniversary of Hurricane Katrina approached, the men felt compelled to write about their displacement and return to the city channeled through blues and soulful style. Their album Demolition Day has been compared to legendary Blue-Roots-Rock artists like Little Feat and The Band and The Allman Brothers.

The album was recorded at Parlor Studio in New Orleans and produced by Luther Dickinson, the leader of the North Mississippi Allstars and former Black Crowes guitarist. “We had a very tight window to record,” Wilkinson recalled about recording the album, “and really pack a lot of emotion into each take.” The band decided to record on two-inch tape to create an old-school, authentic analog sound.

The song “Head High Water Blues” reflects specifically on the band members’ Hurricane Katrina experience over the past ten years. A lot of New Orleans has been rebuilt, but there is a lot that never will be rebuilt. The song is about the emotional scars that can never be completely erased or fixed.

The album embraces the sounds of NOLA and they invited several local musicians to make guest appearances. Ivan Neville, the son of Aaron Neville and famous in his own right, plays keyboard and Tab Benoit who formed Voice of the Wetlands (an organization promoting awareness of coastal wetlands preservation) joins in on pedal steel.

When the band is not touring the country, they can be found at one of the numerous local festivals and events. This past spring they performed at YLC Wednesday at the Square.

New Orleans’ Young Leadership Council (YLC) is the oldest, independent young professional organization in the country. The YLC recruits young professionals to New Orleans to make a positive impact on the quality of life in the area. The organization has more than 1,500 member-volunteers and is led by a 25-member board of directors and four staff members.

There are more than fourteen projects underway from the Collect Admissions Project to Volunteer in the Arts (VITA), which promotes volunteer opportunities for cultural events throughout the city. VITA works with several events in the area like the French Quarter Festival and the New Orleans Wine & Food Experience.

The Young Leadership Council’s annual fundraiser is YLC Wednesday at the Square, a 12-week free concert series held across from Gallier Hall in Lafayette Square. This is a popular local event that gives a stage to up-and-coming local bands, showcases local foods, and raises money for the YLC.

Local bands from a wide variety of styles, including rock, funk, jazz, and swamp pop play from 5:00pm until 7:30pm. Some of New Orleans’ most famous brass bands also perform. The community is invited to bring chairs and blankets, but to save room at the front of the stage for dancing. The square is lined with food booths and concessions offering local specialties. All food and beverages are purchased with tickets that benefit The Young Leadership Council.

Every city and community has a heartbeat. Love for your town should run deeper than its problems. A community should not wait for a disaster to band together through commonality to build a sustainable community.

New Orleans may have the issues of any major city, but the community makes it stand apart. To live or be in New Orleans, you get the sense of the small town feel with people saying hello to each other or conversing on their porch, while musicians jam somewhere nearby. The city lives on through the people’s love of their culture and music.

Support your own culture by supporting local charities. These volunteers give their time to make the area better for everyone. Take every opportunity to watch local bands perform. Local music is the rhythm of the community.