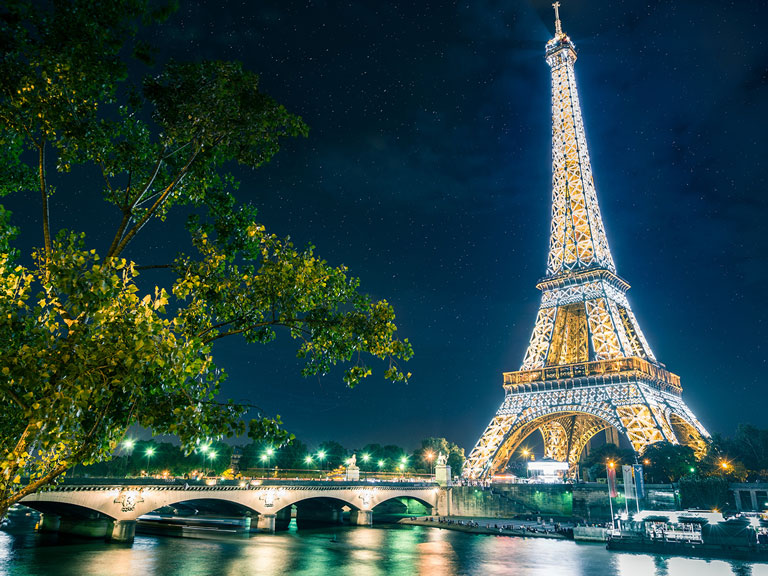 "I recently embarked on a three week trip to Paris, to try and capture the city in all its glory. I had never visited the city and was quickly struck how beautiful it is. My aim was to capture the classic sights; ornate buildings and typical Parisian activities, and contrast that to the modern business side, towering glass glad skyscrapers and fast paced life.

I felt very lucky to have been in Paris when the massive thunderstorm started. I had seen the weather forecast, and made sure to position myself in among the skyscrapers. The storm started off slow, but very quickly built up to be absolutely ferocious. The lightning was hitting almost every other second, and some bolts were taking up the entire sky. The following night another huge storm hit Paris, and I spent the night furiously cycling around whilst grabbing as many shots as possible. I would set up, grab a sequence and as soon as the lightning moved away I gave it warp nine and cycled to my next spot as quickly as possible. By the end of the night I was freezing cold and completely soaked.. but content with what I had managed to capture.

Cue three weeks of shooting, followed by roughly 5 weeks of editing. I think in total I spent over 400 hours working on this project, which means that every single second of video took two and a half hours to produce. The video was entirely and shot purely out of my love for timelapse. If you enjoyed the video, please pass it along to a friend."

Music: Lights and motion - Drift (Licensed through The Music Bed)