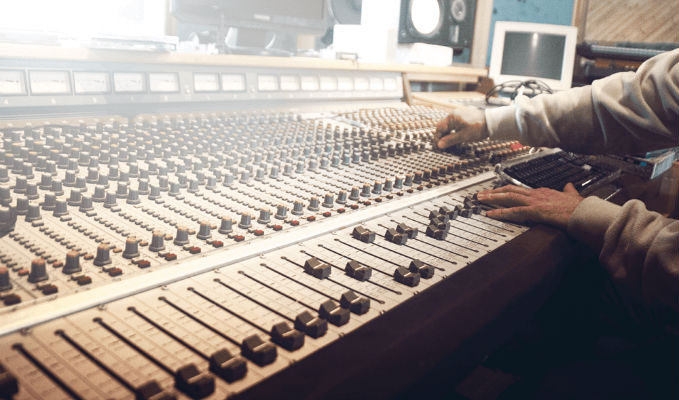 “Record sales aren’t what they used to be. The devaluation of music and what it’s now deemed to be worth is laughable to me. My single costs 99 cents. That’s what a [single] cost in 1960. On my phone, I can get an app for 99 cents that makes fart noises — the same price as the thing I create and speak to the world with. Some would say the fart app is more important. It’s an awkward time. Creative brains are being sorely mistreated,” Vince Gill, in a 2012 interview with Gayle Thompson of The Boot.

Vince Gill released 20 studio albums, 40 singles were on the billboard charts, sold over 26 million albums, and won 18 Country Music Association Awards and 20 Grammy Awards. To say he was a big name in Country music just might be an understatement.

What he has to say about the state of the music business caused  pause. I will admit that I have paid 99 cents for a fart app and for an app that makes different gun sounds.  though, I have also contributed to crowdfunding music projects, some famous groups, but also locally known musicians.

The music industry has drastically changed since its business model heyday in the 1980s and 1990s. The way that we purchase music now is different and predominantly changed with the introduction of Napster and iTunes. Fred LeBlanc of the Louisiana band Cowboy Mouth recently said, “It's gone back to its original model. You've got to understand, everybody looks at the 80s and 90s, when people were buying CDs, paying $15 for essentially one or two songs that they liked. And everybody looks at that as the norm. That wasn't the norm.”

When Frank Sinatra and Elvis Presley released records, they would sell millions of singles. The average price for a single record in 1956 was 35 cents, which is about $3 today. You have to remember that the whole $3 does not go to the artist. A portion goes to the record label, manager, agent, recording studios, producers, songwriters, engineers, and pressing of the records.

Hound Dog was one of Elvis’ first hits in 1956 and was certified multi-platinum by the Recording Industry Association of America (RIAA). This means that eight million copies were sold for about $2,800,000 in sales or about $25 million in today’s dollars.

According to RIAA, Rihanna was the first artist to reach 100 million certified digital single units in June. “Gold & Platinum is the industry’s premier way to celebrate achievement in the marketplace,” said Cary Sherman, Chairman & CEO, RIAA. “We’ve given awards to artists for nearly 60 years, but it’s rare that we have the opportunity to recognize a milestone like the one Rihanna has reached.” Celebrating the achievement is one thing, but understanding how it correlates to sales in the 1950s becomes very difficult. When Elvis sold records, the math was simple. Today, a unit is equivalent to one single sale or 100 streams. For every 100 streams, Rihanna could make as little as one cent. It’s one of the reasons Taylor Swift pulled her music from the streaming service Spotify last year.

Only three artists have more than 50 million certified digital single units: Rihanna, Taylor Swift, and Katy Perry. These are three huge names in music right now, so to compare them to  is fair enough, but to compare what they make to other musicians today is not fair.

We need to change the way artists are paid for their music because we have changed the way we are consuming it. We need to change our thinking and start respecting our local musicians. The record labels do not have the piles of money they had twenty years ago to develop new talent. Which means that fewer musicians are getting record while a greater number of musicians are choosing to stay independent. For the independent artist, we are their direct line to sustainability.

Terre Roche, formerly of the group The Roches discovered by Paul Simon in 1975, released a dozen records for major labels and toured constantly. In 2012, she wrote an opinion piece for The New York Times talking about her experience with crowdfunding for her latest endeavor with the band Afro-Jersey.

Three months prior to writing the article she had never heard of Kickstarter, “I had never done anything like that before," said Roche, “Asking people to contribute to my  seemed like fun.”

Terre soon realized that she was now doing the job that someone at the record label used to do for her and she was no longer just the musician.

“I was thrilled as first-responders offered up their credit card numbers to a strange website in order to show me that they cared.” An unfortunate side-effect for Terre was that along with the contributions came emails with tales of illness, lost jobs, and losses in the stock market. She ended up donating to an M.S. walk in honor of one man’s wife. “I needed to apply discipline and not deplete my own bank account while trying to raise money for Afro-Jersey.”

The Kickstarter campaign fell more than $13,000 short of their goal, raising $8,385. On Kickstarter when a campaign falls short of its goal, all the money goes back to contributors and the band receives nothing.

They quickly moved onto Indiegogo which allowed the band to keep everything they raised, even when they fell short of their goal. “That campaign just ended with $4,400 in the pot. Out of this, 9 percent goes to Indiegogo, 25 percent to the I.R.S. and about $800 to the manufacturing and shipping out of the rewards promised to donors.”

What is the value of music? That has been an ongoing debate ever since Napster shocked the world with their file sharing service in 1999. Previously, we shared mixtapes and CDs with our friends. Napster brought the ability to share files with people all over the world. What we call sharing, the musicians called stealing.

To set the stage for this era, MTV’s TRL (Total Request Live) ruled the music business. It was a countdown show of the hottest music, otherwise known as advertising the biggest releases from the music labels. The viewers went out in droves to buy the CDs of the musicians and groups featured on the show. Like Fred LeBlanc of Cowboy Mouth said, if you wanted the one song, you had to buy the album.

The amount of money spent on music was at an all time high. The top albums of the year came from all genres and included: Garth Brooks, DMX, Britney Spears, Limp Bizkit, TLC, Foxy Brown, Nine Inch Nails, Creed, and Celine Dion. The RIAA had to introduce a new certification level, Diamond for sales over ten million units.

Lawsuits by Metallica and Dr. Dre took down Napster in 2001, but the damage was done. The music industry lost more than half its revenue over the next decade, according to Forrester Research, only 64% of Americans who buy digital music think that the music is worth paying for.

The downfall of the music industry could be good for the artists. "The industry is actively doing a lot of things that are putting us back on the right path," said RIAA's former Vice President Joshua Friedlander. "We're switching to an access model from a purchase model."

This could be a golden era of music, but that’s reliant on two things: the listener pays the musician for the music and the musician is an astute marketer.

Patreon takes us back to the days of patronage from the 14th to 17th centuries. The Renaissance probably would not have happened without patronage. Musicians and artists are tradesmen like carpenters and stonemasons. They learn a craft in order to share what’s in their soul. Without patronage, the world probably would never have known the masters like Michelangelo or Leonardo.

Today rather than being trained as an apprentice, they usually start taking lessons early in life and attend special programs to gain the skills required to be a musician. Songs take time to perfect for release to the public. When you buy music, you are not only paying for the finished  but  the work it took to get it there.

The majority of musicians are not famous. They practice nightly after work and perform on weekends because it is their passion. The local musician helps to create the culture of your community.

Patreon allows the listener to pay the artist for their continued work. Unlike Kickstarter, this platform is not about promoting in order to make an album. It is about making music and getting paid for completing it on an on-going basis.

Patreon was co-founded in 2013 by Jack Conte, half of the YouTube sensation Pomplamoose. After the initial success of Pomplamoose, Jack went into a downward spiral attempting to take his music to the next level and write a hit song. For three years, the band didn’t release anything.

Nataly Dawn, the other half of Pomplamoose raised over $100,000 for a solo tour. While she was gone, Jack attempted to get back to his happy place, making music videos. For the next three months, he slaved away on a Sci-Fi set with two dancing robots. The three and half minute video cost him nearly all of his savings and he was in about $3500 worth of credit card debt. “Looking back on that...that was dumb. I’m proud of this. I like what I made. Here’s how online content works. This goes to the world for free. It’s free to watch. That’s good. I want it to be free. Right? I’m a starving musician, I want exposure. I want people to have access to my music,” Jack explained.

“For the first time in history, ever, for humans, we can listen to each other's ideas for free. I can talk to anyone in the world using the internet. That’s never happened before for musicians. This is the best time to be a creative person because nothing is stopping you.”

As an independent musician, half of Jack’s job is making music videos to share with the world and doing it for free so that more people have access to his music. At the same time, his music needs to make money. The money Pomplamoose made in 2009 on YouTube no longer makes money for them because the competition has increased from a few to tens of thousands of YouTube content creators.

Jack spoke at the 2013 Seattle Interactive Conference, “It’s not about the kings anymore, it’s about this creative middle class. People that are reaching people in these micro niches,” Jack continued, “The small business musician, the corner store making a living. They’re not Walmart. They’re not Target.”

For these musicians, it is not about becoming a star or even famous. It is about making a living and continuing to make music.

YouTube and online platforms are not guaranteed money. For instance, a YouTube video with a pre-roll ad and 400,000 views makes about $50. A few months after the launch of Patreon, Jack had just over $6,500 pledged per music video. He makes one video per month. Now he has a salary and a funding source to make his videos every month.

Simon Johns was glued to the television watching old black and white movies as a kid. He’d run around the house pretending to be a reporter with a piece of paper tucked into his hat. Simon’s mom bought him a Remington 5 when he was 12. If you hear a typewriter at your local coffee shop, Simon asks that you refrain from breaking his concentration. Creative types, am I right?