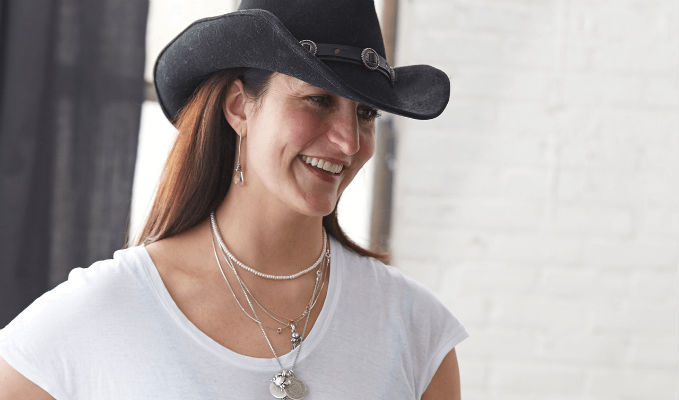 After studying advertising at Miami Ad School and moving to Amsterdam, then San Francisco, knew that advertising wasn’t her future. She returned to St. Paul, Minnesota where she stumbled upon her next career move. She never considered herself a designer, but has always had style. Growing up she would have dressed made for dances and as she got older started designing her own underwear because she couldn’t find any that were comfortable and stylish. Soon she realized that there was a market for her underwear designs and founded UrbanUndercover.

W.E. What is your favorite part about being a designer?

S. My favorite part of being a designer is trying to figure out how to do something different; better. I love creative freedom. I don't want to be just like everyone else.

W.E. How did you select the materials you used?

S. Some trial and error - our first products the lace didn't live up to our standards at all. So I had to do a lot of shopping around and testing to get to where we are now. Ultimately, I knew what I wanted and how I wanted the fabric to perform. So I worked with a group on helping me source what I wanted.

W.E. You co-host the HAMMES Event every year. What can you tell me about that?

S. The HAMMS Event, which originally started as "Help A Minnesota Maker Succeed", but we dropped the Minnesota because we've expanded into other states, is a one day market of juried vendors who sell directly to consumers. It's designed for entrepreneurs and makers who are trying to make their passion their business. We have music, and beer and wine sampling, as well as food trucks to draw people in to shop. They pay to shop, but that money all goes to one of the vendors to help them take their business to the next level. So far we've been able to give away $5000 each of the last three years.

W.E. What is unique about your town?

S. A lot! But I'd have to say the people and their collaborative nature. It's really the most fabulous thing. We truly all want each other to succeed. And that's from people who have already "made it" all the way to people just starting out. It's amazing.

W.E. What is your favorite local business?

S. There are so many! But one that stands out to me is Love Your Melon. They sell beanie type hats and then a portion of all their sales go to children battling cancer. However, it's not that they give a portion of the proceeds to missions, I think what I admire most is their reach into the lives of the kids and their families. They seem to be doing a great job of acquiring ambassadors and really going out to bring joy and smiles to kids who need it. Pretty impressive. Small businesses, with their almost followings, can truly have impact in the world and change it for the better. I think that is what these guys are doing. And, I want to figure out something that works like that for us.

Timelapse: California
CaliforniaThe Golden State California is just so visually interesting and diverse. Take a four-minute timelapse tour of all of the places[...]
Read More
Tailgating: Carolina Style
Tailgating: Carolina Style Text by William Emerson As we walked through the tunnel, the sound of our cleats echoed off[...]
Read More
[adsanity_group num_ads=1 num_columns=1 group_ids=88 /]